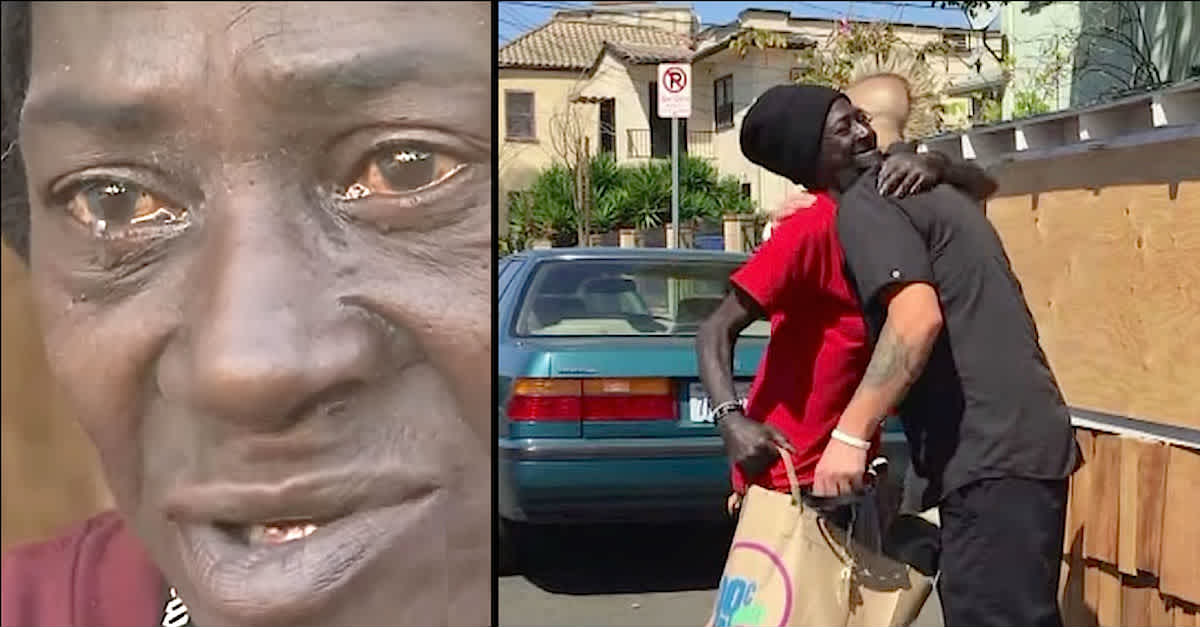 Generous Man Helps Homeless Woman By Building Her A House

Kahlil Gibran said it right, “Generosity is giving more than you can, and pride is taking less than you need.”

In the end generosity wins. To show generosity to people around us is a noble quality in any individual. In life, it is essential to be kind and self-sacrificing without expecting anything in return. Generosity as the act of giving others can be expressed in many ways.

One of the ways was taught to us by a generous man Elvis Summers who sought to help a woman in desperate need of a roof over her head.

Irene McGee had been living in the dirt for years now.

Ever since her husband died in 2004, Irene “Smokie” McGee lost everything and did not even have a roof over her head.

She literally slept everyday in the dirt until Elvis came into her life.

Elvis Summers had been living his life knowing nothing about Irene until she knocked his door.

Elvis Summers met Irene and was shocked to see her situation.

She knocked his door to ask for empty cans and or recyclables that she could cash in for some money.

Elvis felt heartbroken knowing Irene did not even get a single good night’s sleep.

Elvis noticed how people had been building tiny houses for people in need. Since, he has an extensive experience in construction, he decided to try his hands on building a home.

Elvis rushed to a home improvement store and bought materials worth $500.

5 days later, he surprised Irene with the most heartwarming gesture.

After living a happy life in her home sweet home built by Elvis, Irene passed away in November 2016.