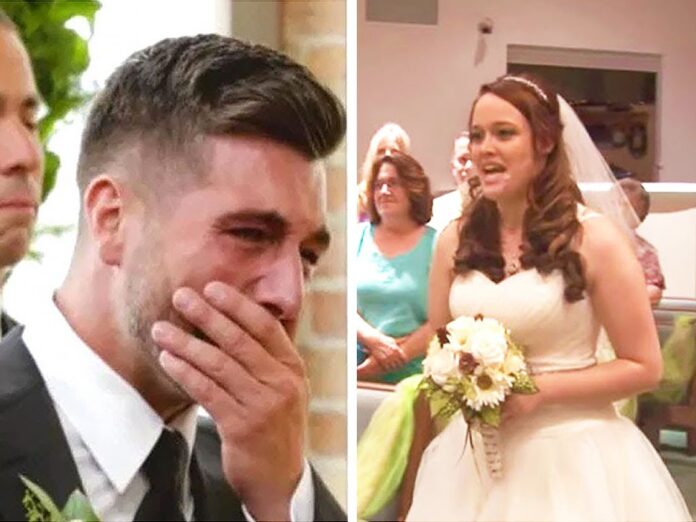 Most of the girls are excited about their wedding. It is one of the most important days for them. The last they would want it to be ruined by something. This bride had her nightmare come true right before her wedding and had the perfect response for it. This story was first published on Whimm so the credibility of this story is in question. However, the lesson of the story remains the same.

The bride’s name was Casey and her fiance’s name was Alex. They had been together for over six years and then decided to marry one another. Casey was head over heels for this man and she believed he was the same. Until she got the messages from an unknown number right a day before her wedding.

Casey was out there enjoying her bachelorette in a nice suite in a hotel. They were all happy and wanted to make the best of Casey’s last day of singlehood and make it memorable for her. Everything was fine until Casey heard her phone ringing from across the room and went down to check on it. She received some text messages from an unknown number.

The messages read – ‘I wouldn’t marry him. Will, you do it?‘

The unknown person revealed that Alex, Casey’s soon-to-be husband has been cheating on her.

In these texts, Alex was complimenting other women’s bodies and made sexual comments.

Some of the texts read –  “ This weekend You and I. it’s on, hot stuff bring your A-game.” Another said, “I’ve never had this kind of connection before.”.

He went as far as saying   “I wish my GF had half the skills you have.” In one of the messages.

These texts went way back in time, but some of the screenshots were just days before their wedding was scheduled. This broke her heart and she did not know what to do as her wedding was just hours away.

Casey was devastated and decided to get a payback. Casey turned to her family and friends and told them everything. They helped her remain calm and assured her they were there for her.

The bride decided to go through the wedding walk down the aisle and make Alex pay for what he did to her. Everyone from both families gathered for the event. They had no idea what was going to happen there.

As Casey approached the podium she announced – “There will be no wedding today as it appears Alex is not who I thought he was.”. She then went ahead and started reading the text messages out loud that she received last night.

Recalling the incident she said ” “I raised my tear-streaked eyes to meet his, but he said nothing. With his best man trailing behind him, he stalked out of the church. His family was shocked as they watched.”

The room was filled with people who were in shock. No one knew what they were supposed to do so they sat there stunned for some time.

Casey explained that she did not want all of these preparations to go to waste. There were friends and family who came here to celebrate her day with her.

She stood on the podium alone and announced “There will not be a wedding today, but instead, there will be a celebration of honesty, finding genuine love, and following your heart even when it hurts,”

They all celebrated happiness and love even though the wedding did not happen. Casey showed that there is always a better way to handle things if you have the love and the su[port of your friends and family.