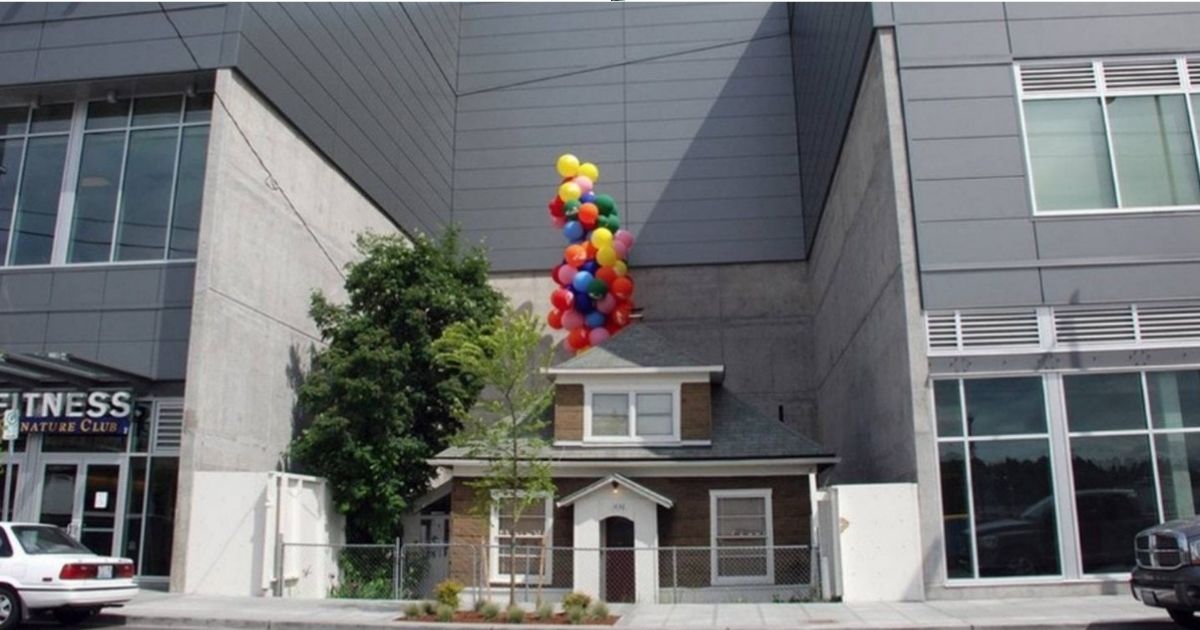 Defiant 84-year-old refuses a million-dollar offer, forcing mall to build around her house

Edith Macefield left a million dollars because she did not want to sell her family house.

It’s true that after a certain age emotions and attachment matter more than money.

Having lots of things doesn’t mean much. Money never had so much value of money over emotion.

When there was construction started happening around her house to make a mall. Some developers offered Edith Macefield a million dollars to move so that they could demolish her house and finish contracting the mall there.

She straight out denied it.

Macefield wanted to stay in her 100-year-old Ballard, Washington home.

Macefield was a person who lived her whole life on her terms. She never let any be in charge of her life and this was not any different.

Some saw it as a rebellious action or a big slap in face of capitalism.

BostWiki reports that she told her mother she was going to college at the age of 16 and secretly joined the army which brought her to England.

She was underage to join the army. Hence she got kicked out of the army. She ended up staying in England and took in war orphans and even the ones with the Royal Army’s marching band. She even convinced some of her friends that she was a spy. 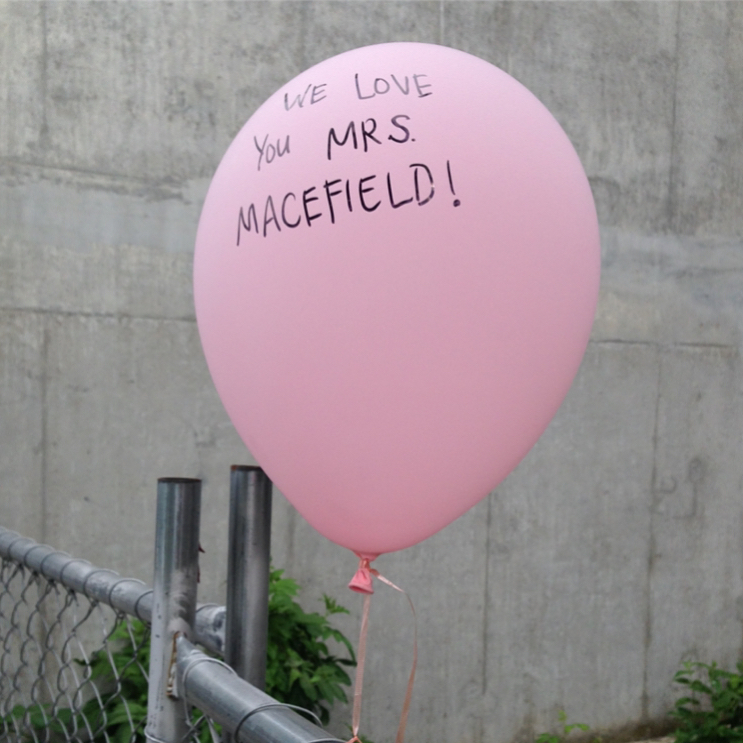 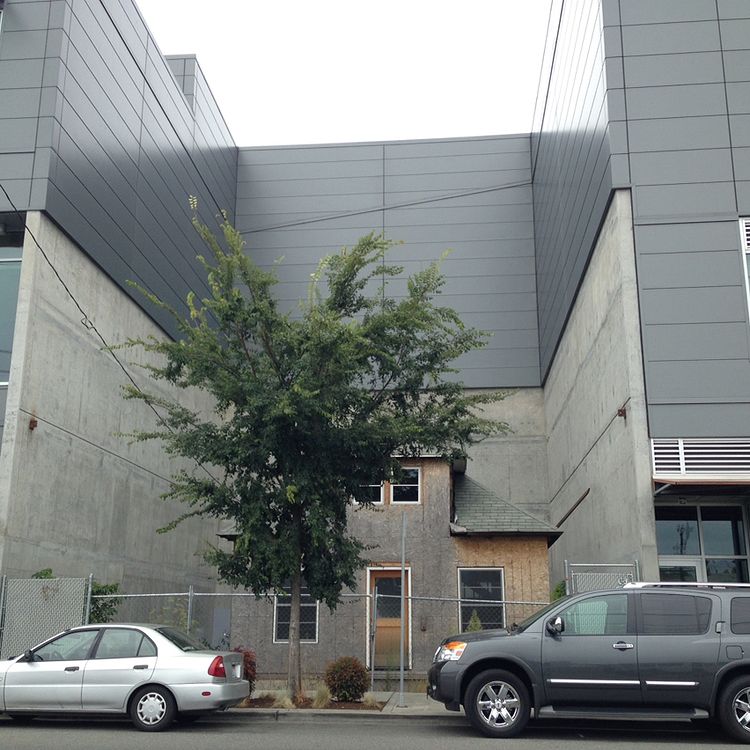 She said to the developers and they went into a state of stalemate in 2007. They could not convince her and she kept the house.

The developers had to build a retail complex around her house. Even though they did buy all the land on the 46thstreet except for Macefield’s

After Macefield refused to sell her home in 2007, she and the developers were in a stalemate.

The big grey-blocked buildings are a far cry from the rural neighborhood by the lake the neighborhood used to be when Ballard moved in.

This story reminds many of us of the Pixar movie “Up”. Although it is not related to it in any way people started relating the house to the movie. Disney even ended up attaching balloons to the house to promote the movie.

Macefield house somewhat became famous for its story and ended up a local symbol of a “fiercely independent spirit.”

There was a festival named Macefield Music Festival that was named after Macefield in 2013. It was in honor of her “holding onto things that are important to you”.

After Macefield died, she left the home to construction superintendent Barry Martin after they befriended each other. 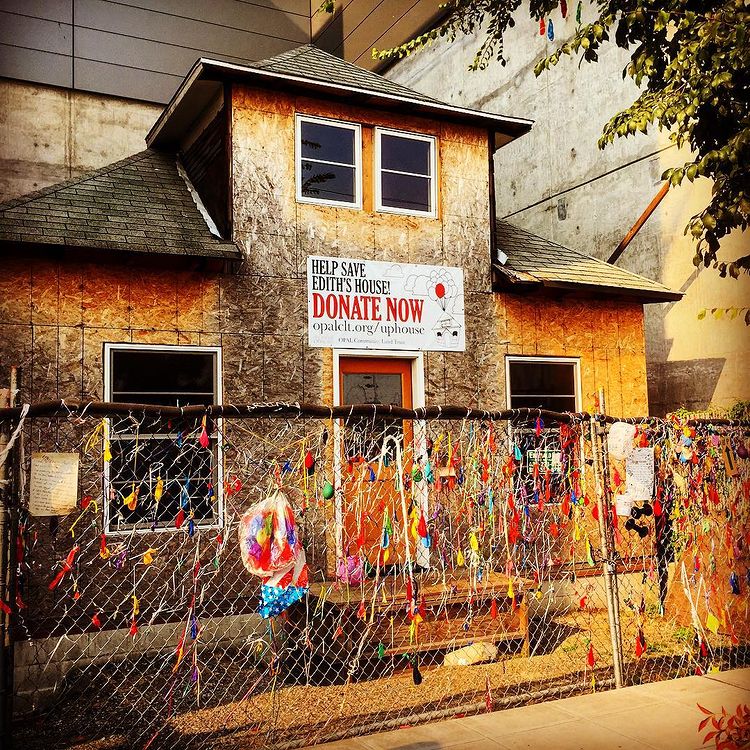 In 2009 he sold the house and it went to the auction but was put on an auction block as it did not get any bids.

The house was set to be demolished many times but the community wanted it around. It had become a landmark for people and they wanted to save it.

Many tying balloons to the house’s fence. 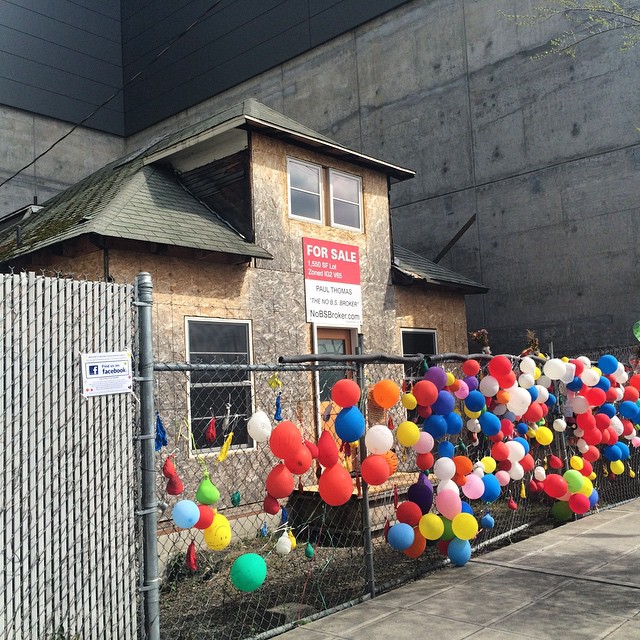 Many think it symbolizes the change happening in today’s world. It speaks of how fast capitalism covers space. This house shines in that space like it has stopped time in this busy world.

Many made efforts to raise money to save the house but ended up failing.

However, in 2018, a decade after Macefield passed away, the developers announced that they would keep the house as a part of their development.

It’s a great example of coexisting. 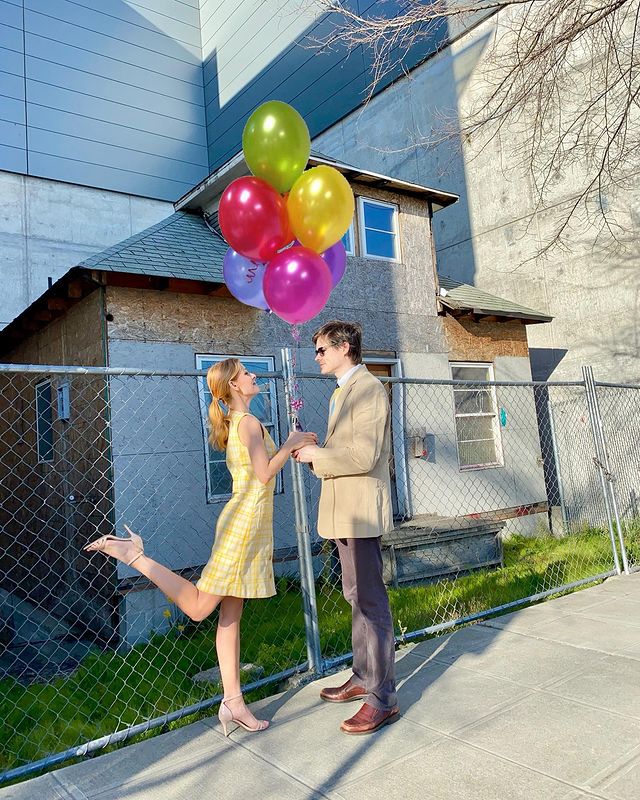 A developer once said about Macefield ““Honestly, I think we’re a lot alike, I’m stubborn and so was she. We’ve had some incredible arguments. She was amazingly smart. I think this illustrate’s Edith’s character.”

The house serves as a draw to the area where people can shop and a good place for an Instagram pic, while also bringing joy and wonder to the community.

It shows the power a community holds. The house remains there and stands there as a symbol of freedom.