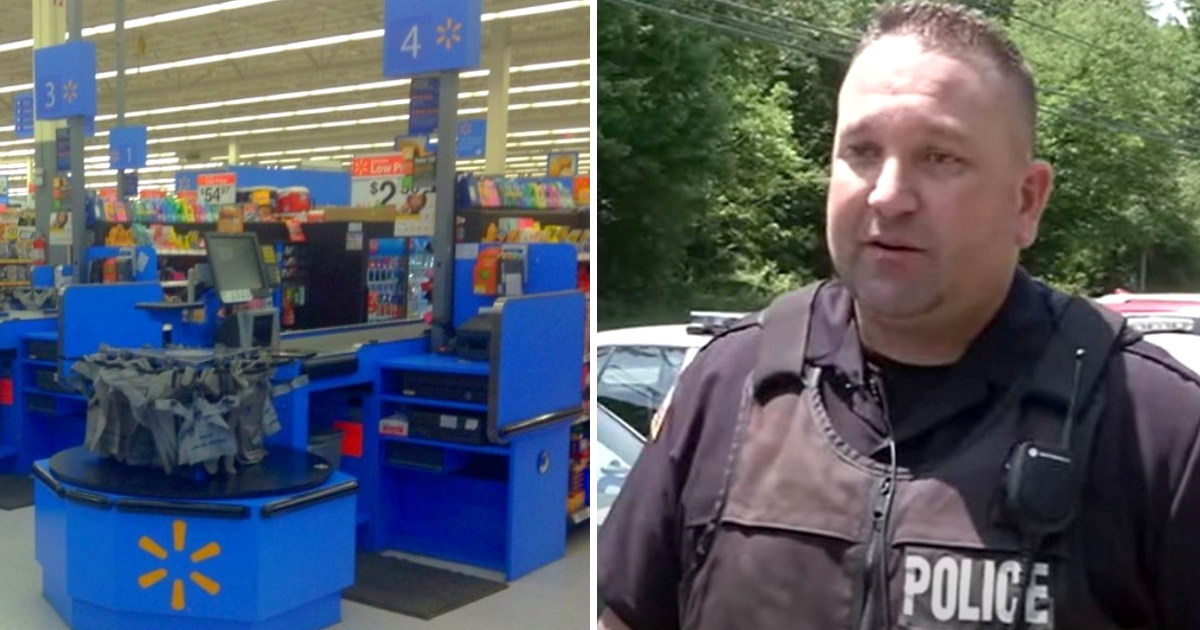 A cop made a families day when the father could not pay for the groceries at Walmart. The news is usually filled with all negativity. These random tokens of kindness restore the faith in humanity just like this one below.

While working at the Walmart Officer Kelly saw a father and four kids going to the checkout counter to pay for the groceries. Kelly had seen the family before in the store. The kids were always well-behaved and well-mannered. When the man tried to pay his card got declined.

The officer told when he saw them at the checkout counter the attendant informed them about the card declining and said I am sorry. At that moment, something compelled the officer to help.

Officer kelly saw everything happening and felt bad for the family and wondered if they had enough to eat. He wanted to help them so he decided to pay for their groceries himself. Kelly said the little girl’s face got him. Her were welling up and broke his heart. He felt it was gods way of telling him to help them.

Kelly walked up to the family said – “Please let me bless you today.”

Jermaine felt this story should be told and officer kelly should get the recognition he deserves. He posted on Facebook with the whole story and the description of kelly.

He asked people to help him identify the kind-hearted officer. The department soon caught the news and stepped in to help.

“Scrolling through random Facebook posts and then see this one that makes us ALL proud to be Cleveland police officers.”

This story went down like fire and soon enough with the description of the officer he was identified as Officer Mike Kelly. Since writing the post, Kelly’s kind-hearted deed has gone viral.

The people who knew kelly were not at all surprised. For them, this was classic kelly. He never shies away from helping people and has a lot of stories like this. People also praised his family.

The department added a post and in that post, they stated that kelly would not even want the credit for his good deed. But, these random acts of kindness inspire us all to be kind to each other.

A similar event occurred in Texas. He went back to the store asked for help from the store security and the officer on patrol. The officer was Koryciak and she offered to pay for his medication and other items for him. She even bought $25 worth of vegetables and food.

While talking to the reporters’ the officer said that diabetes runs in her family too so she connected with him and if the situation comes she would again do the same in a heartbeat. These inspiring stories are so overwhelming

A random act of kindness can spread happiness. We cannot change everything in the world but spreading kindness is a great way to start These cops have inspired us a small deed goes a long way.

Check out the video below to see an interview with the big-hearted officer, Mike Kelly!