People say it’s never too late to follow your dreams. Many of us spend a lifetime making one of our dream come true. Here is a man that has made his career 3 times. His name is Dr. Jonny Kim based in the United States. He has made successful careers in three different fields.

Jonny goes from being a Navy Seal to a doctor and finally became a successful NASA astronaut. Many will be shocked to hear that he did all of it under the age of 37. His journey started when he was a 16-year-old boy. He was very interested to join a Navy seal so, he enlisted himself for it. He never went to college which disappointed his mother so much.

When Jonny was leaving to join the military first career his mom cried. His mom wanted him to go to college and complete his studies.

He explained: “She didn’t like it very much. I think a lot of Asian Americans at least 20 years ago when I was going through this process just didn’t really, weren’t comfortable with it.”

He was determined to work in the military. He went on to become an elite Navy Seal team member. Kim completed 100 combat operations after finishing his training in Colorado.
He achieved many goals while being in the army. He served as a Special Operation Combat Medic, a navigator, and a sniper. That is not it, he is even Silver and Bronze Star with valor.

After his experiences in the military career, Kim went on to become a physician. He completed his degree at Harvard Medical School in 2016. Kim later explained that his experiences in a war zone made him think about becoming a doctor. He also enrolled at the University of San Diego in 2021 to get a degree in Mathematics.

With his existing and impressive military career, Kim enrolled at the University of San Diego in 2021 to get a degree in Mathematics. But he also told us that his experiences in the war zone think about becoming a doctor.
So, this is how he went off to Harvard to become a physician and completed it at Harvard Medical School in 2016.

Kim was not the person who would be satisfied with just this. He wanted to do more for people. However, realized his ultimate goal was to do more for humanity. He decided to try to get into NASA and become an astronaut.

Later he got accepted into NASA. 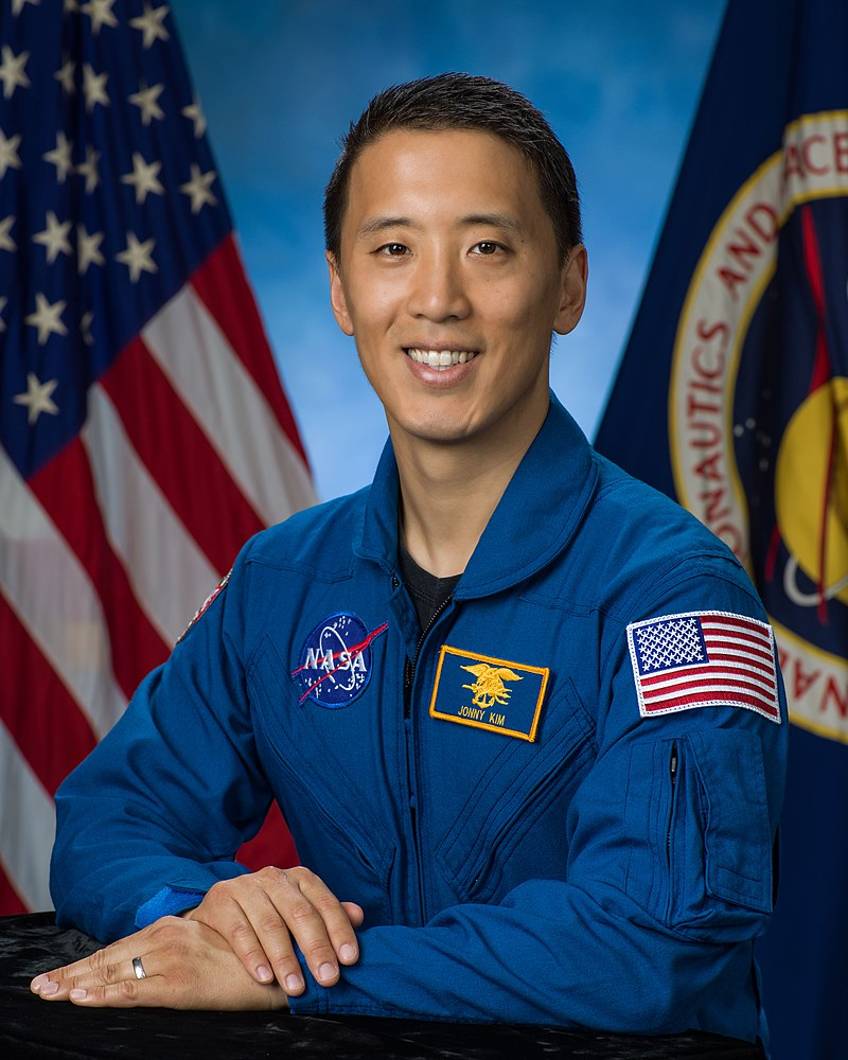 His career in NASA has also not been any different. He went on to become the first Korean-American NASA astronaut. Kim is even set to go to the moon. He got placed on the NASA ARTEMIS team. This is the team who will be going to the moon in2024. He might as well go to the moon, he already completed everything here.

Kim is married and has two beautiful kids. He said – “We are all a lot stronger and more capable than we know.
Talking about his plans he said he follows his inner compass and that always tells him where to go and keeps him stable.

He also added that he has not decided anything about it yet and will go where life and the opportunities take him. He just wants to work towards humanity and public welfare.