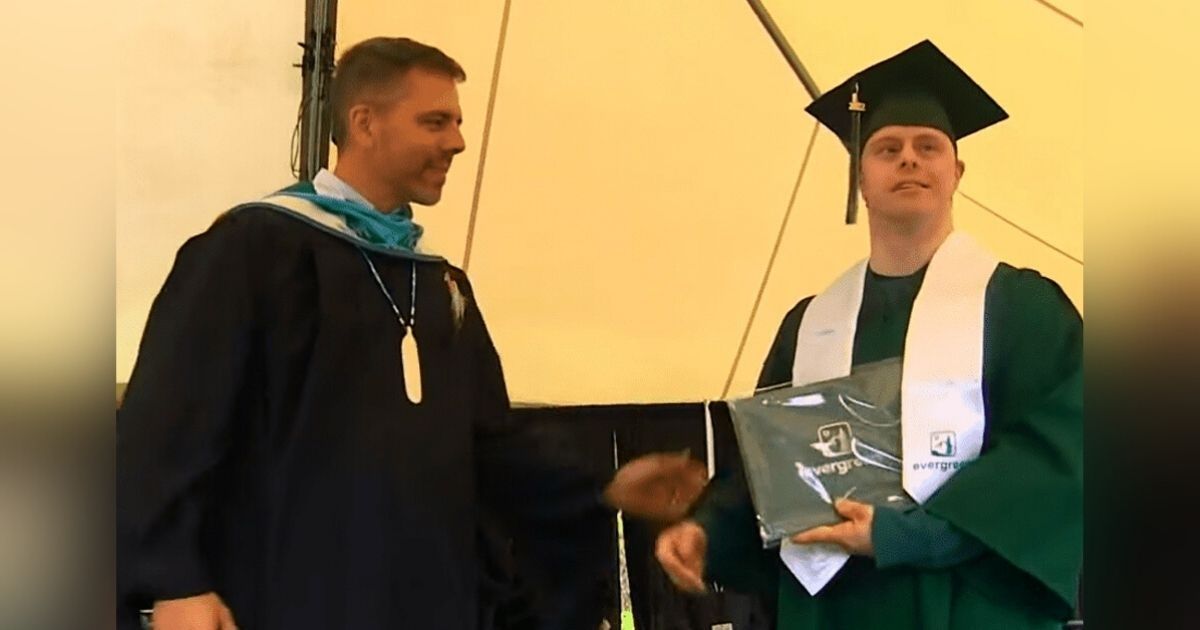 Home PEOPLE Man becomes first to graduate from his college with Down syndrome and...
PEOPLE

Today we are sharing a very inspiring story with you. Dylan Kuehl became the first student to graduate from his college with Down Syndrome. It was not just a milestone for Dylan it was also a very big celebration for his college. Kuehl was the very first student to graduate with down syndrome in college’s 51 years of history. While giving his speech after graduating he shared that many people told him that he was not ready for college. He never let anyone discourage him. Dylan also thank the people who showed faith in him and helped him in his journey. The 38-year-old graduate received a Bachelor of Arts “with an emphasis” on writing. As a man of the arts, his list of favorite subjects included painting and dance. He was one of the three students selected to give a speech out of 900 students.

“I have to say, ‘Wow, I never thought I would make it this far,’” Kuehl said. “I am the very first person with down syndrome to graduate with a bachelor’s degree from the entire state of Washington. Now I am starting a new journey.” He restated the impact of Evergreen State College on his life. “Evergreen is based on acceptance. So many other students, like me, can have a right to be included. Diversity and inclusion create a well-rounded community for us all.” “When life gives you lemons, make lemonade out of it” while describing his journey through college Dylan said.

Dylan thanked everyone that was present in the process and advised others to celebrate their abilities and live life with ambition and pride. He also thanked his parents for supporting him all the way and for the people who “gave him the tools” to succeed in pursuing his dreams.

“Yes, I am the very first person to graduate here, but I’m not going to be the last.” Said Dylan concluding his speech.