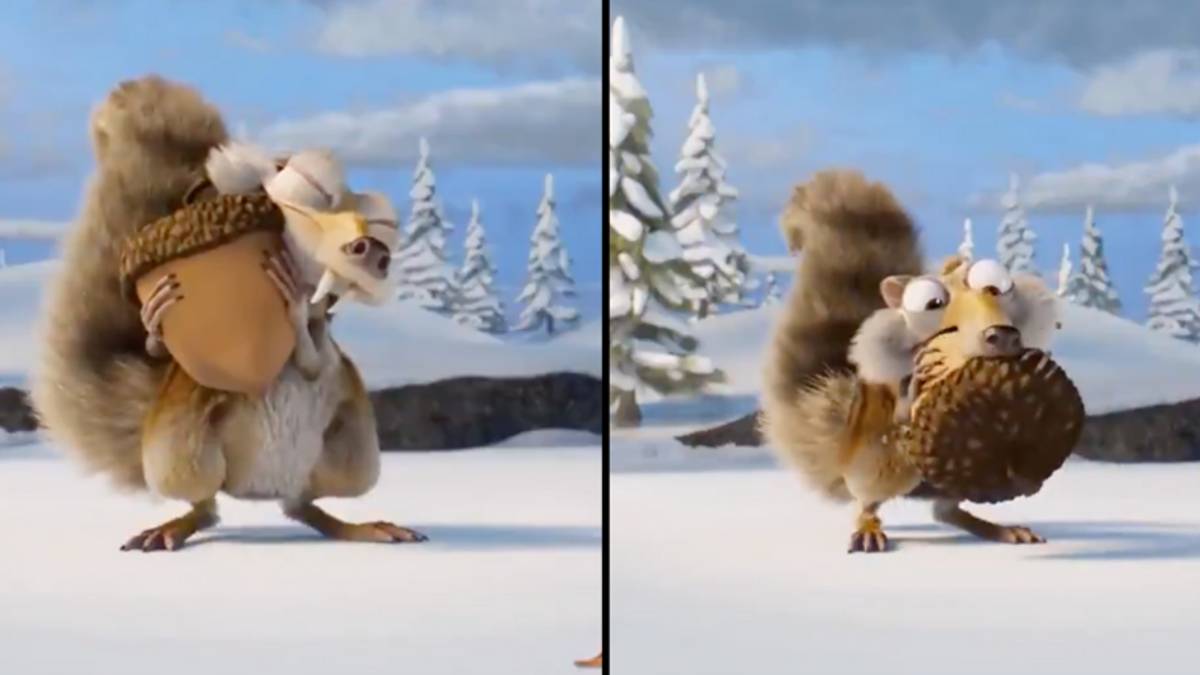 The very first character we see in our beloved Ice Age movies by Blue Sky Studios is Scrat the squirrel. As the movie always begin with Scrat trying to obtain and keep an acorn till the last of the entire winter age. But that was 20 years ago when Ice Age was launched. Ever since 2002, poor Scrat has been through hell and back trying to obtain his acorn.

As it is said, all things come to an end so did Scrat’s struggle for the acorn. Scrat finally got a hold of the acorn!

Scrat got his due and the Gods granted him his wish to finally relish the acorn.

In one of the most bittersweet animated short movies from the Blue Sky Studios, the squirrel looked happy as a clam.

Bittersweet because this the very last piece from the Blue Sky Studios with a fitting ending.

The short was posted by a random group of Blue Sky artists who wrote, “In the final days of the Blue Sky Studios, a small team of artists came together to do one final shot. This shot is a farewell, a send-off on our own terms.”

The short film serves an incredible farewell from the folks at the Blue Sky Studios.

It acted as the perfect tribute to the poor squirrel. He was the character that shaped the movie.

The Blue Sky Studios has been shut after Disney acquired Fox Studios.

In the final days of @BlueSkyStudios, a small team of artists came together to do one final shot. This shot is a farewell, a send-off on our own terms —— Blue Sky Studios 🌰#IceAge #IceAgeScratTaleshttps://t.co/CA3klgo98x pic.twitter.com/tkcXwyLcMS

They cancelled all future projects and even projects that were halfway through production. Thankfully, “Ice Age: Scrat Tails” was brought to the audience with Hotstar+. Later, the film adaptation will be released as “Nimona” with Netflix and Annapurna Pictures.

A fitting goodbye, isn’t it??

SHARE this with all your friends who love Ice Age.