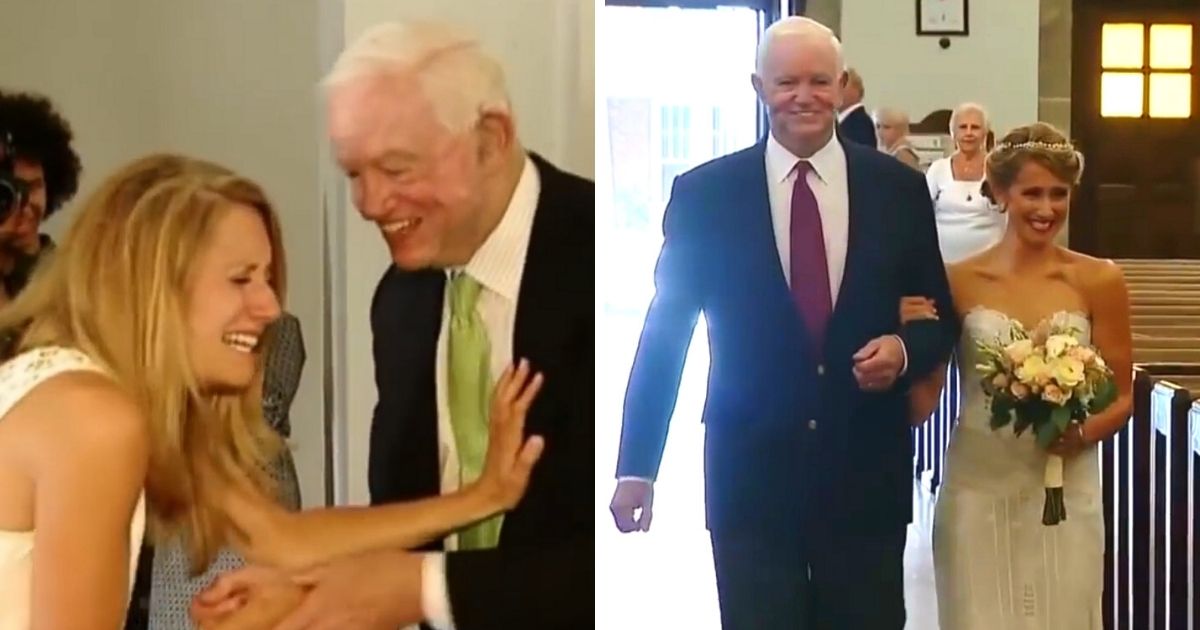 “Just hugging him made me feel like I was close to my dad again. It was what I needed.” The wedding day of a girl is not only important for her but also for her family, that is the day when she steps into a completely new world. The day where the father walks her to the aisle and assures her that he will be by her side forever just like he has always been. It was a very special day for Jenny Stepien but she had no father who could be by her side, holding her hand while she crosses the aisle to marry the love of her life. She found the love of her life and was ready to take her relationship to the next level. Jenny decided to spend the rest of her life with this man and become a husband and wife.

This is the day when Jenny was going to miss her father the most. The day brought back all the memories of her father. It was very difficult for her whole family when they lost their son, father, and husband and they were trying to learn to live a life without him. The family seemed incomplete without him to Jenny on her special day. She wanted her father in her wedding photograph!

He waited 16 years for a heart.

Thomas was living on his deathbed for 16 years and he received Michael Stepien’s heart. Jenny’s father was murdered 10 years ago but his heart was donated to Thomas which made her feel that her father’s heart is still beating in the same world like hers. Stepien’s family and Thomas had been in touch via letters and phone calls over the years. They even exchanged gifts on special occasions.

Walk me down the aisle

Jenny never met Thomas in person, but she always knew that her father’s heart is beating inside him who recognizes her! “Jeni wrote me a letter and she said ‘Dear Tom, I’m the daughter of the man whose heart is inside of you and I’m gonna get married on August 6th,’”

Thomas mentioned in his interview with CBS Pittsburgh “‘And one further thing if you’re willing, would you walk me down the aisle?’” He was happy to do this for Jenny, and he even got approval from his daughter.

The moment couldn’t be more beautiful. Jenny was so grateful to Thomas as we all can imagine. She felt like she found her father whom she lost 10 years ago. He held her hand and walked her down the aisle just the way he would do for his daughter.

Jenny couldn’t stop herself from crying when she felt a fatherly shadow over her head after a long time.

The beautiful bride really felt her father’s heart when she held Thomas’s hand and checked the pulse, he also let her place her hand on his chest to touch the heart and feel the beats. Jenny stated “It’s just like having my dad here and better because we get to share this story with people and other people see that organ donors do matter,”