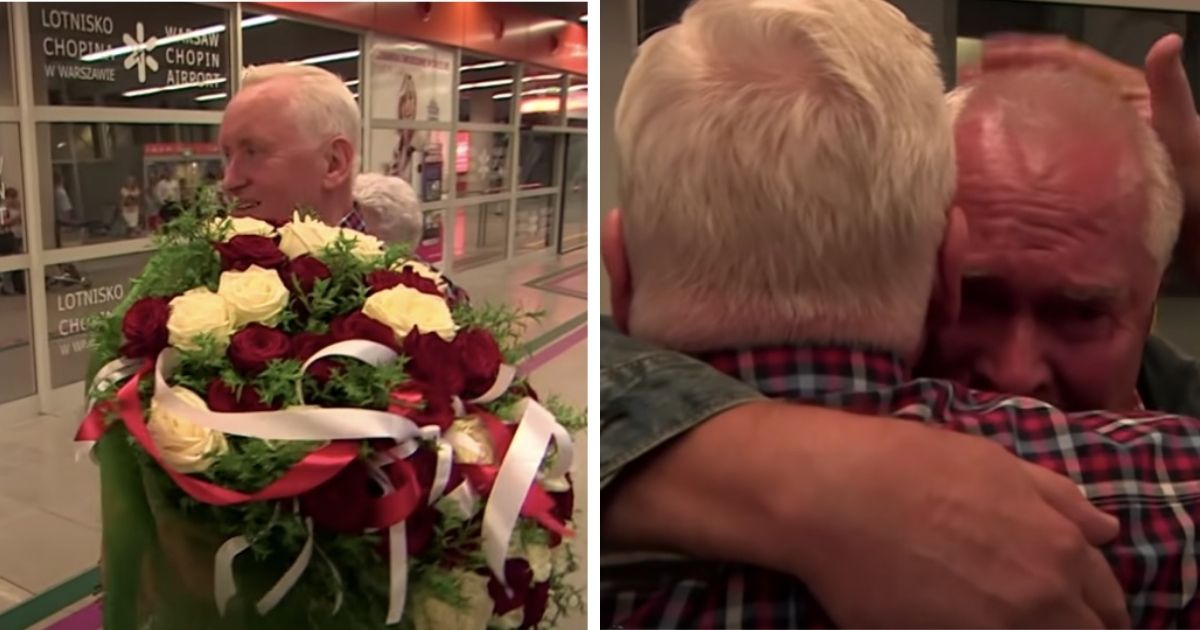 The story begins when their mom, Elizabeth became ill while giving birth.

Elizabeth, who was a Polish Catholic was freed from a labor camp during the World War II. After which she gave birth to both the boys but became ill.

She put the boys up for adoption, knowing she was unable to take care of them.

George Skrzynecky and Lucian Poznanski were then sent to Poland where they were adopted by different families.

Lucian spent his life unaware that he was adopted until…

He was stunned to know about his past when he was employed in the army.

George Skrzynecky, on the other hand, knew about his adoption when he turned 17.

He saw his adoption papers and contacted the Red Cross to help him find his long-lost twin brother.

All attempts were unsuccessful until…

Lucian reached out to the Red Cross and was able to track George down.

George said, “For 70 years, I was living without knowing things and was thinking I’m never going to find him.”

Both the brothers finally met at Warsaw airport in Poland, 68 years after their separation.

They both had tears in their eyes when they approached each other at the airport!

We know it’s the beginning of a beautiful relationship by the likes of their hugs and an emotional reunion.

Go ahead and SHARE this heartwarming story with your siblings.