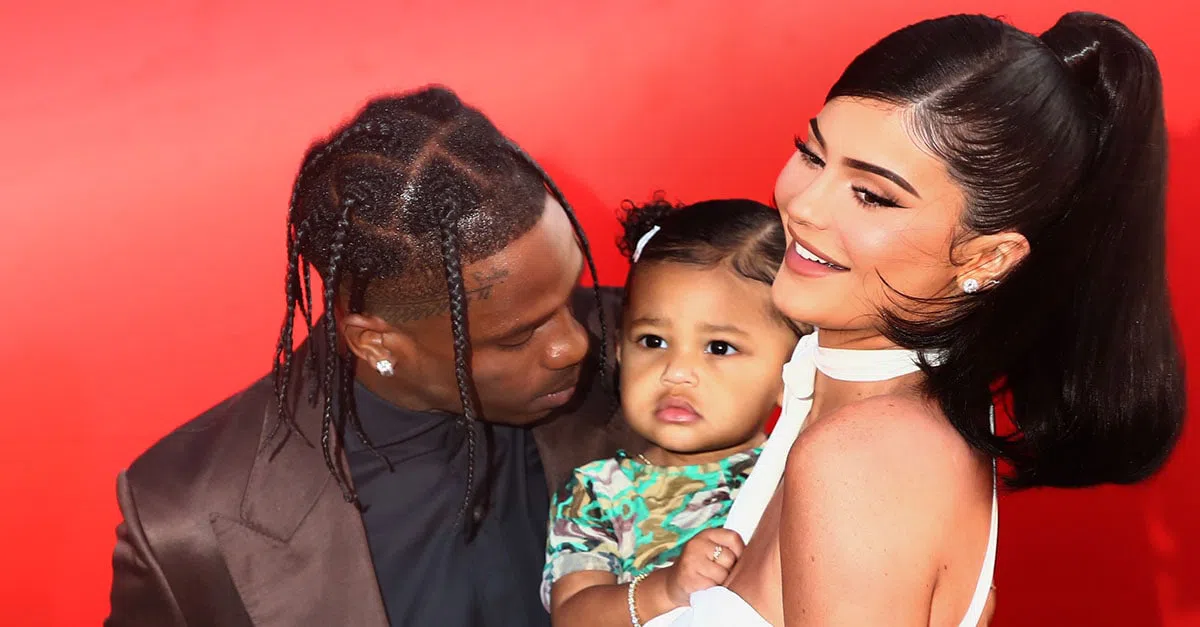 Kylie Jenner announced on Instagram that her baby boy’s name is not Wolf anymore. But that’s not all she has also changed her daughter’s name.

After a week of calling her daughter “Stormie,” she realized it was not her and knocked off the “e” and ended up, calling her “Stormi.”
Kylie shared that she always intended to call her first daughter Stormie and even brought toys and customized gifts with the same name.

Kylie talked about looking into weather-related names and stumbled upon the name Storm. However, she wanted the name to end with “ie” like hers. She talked about all this in a makeup tutorial with James Charles in 2018.

The influencer explained she did not really choose her name for a week and just wanted to see if wanted to change it.
She went on saying she had one more name in her mind when she was pregnant. But “Stormi” always felt like her. It was like she herself choose her name.

She felt like the name was perfect for her daughter and went on to make it official. She called and changed her name on the birth certificate as well.

Kylie and Travis Scott welcomed their second child in February 2022. Previously they announced the name for the baby boy will be “Wolf”.
Kylie posted a lot of photos and videos of her baby boy on Instagram. With the last story, she announced that her newborn’s name is not “Wolf anymore” and she just wanted to share because she kept seeing “Wolf” everywhere.

She wrote: “FYI our sons name isn’t Wolf anymore
“We just really didn’t feel like it was him.
Kylie continued: “Just wanted to share because I keep seeing Wolf everywhere.”
Nor Kylie nor Travis has revealed what they have changed their son’s name to be.