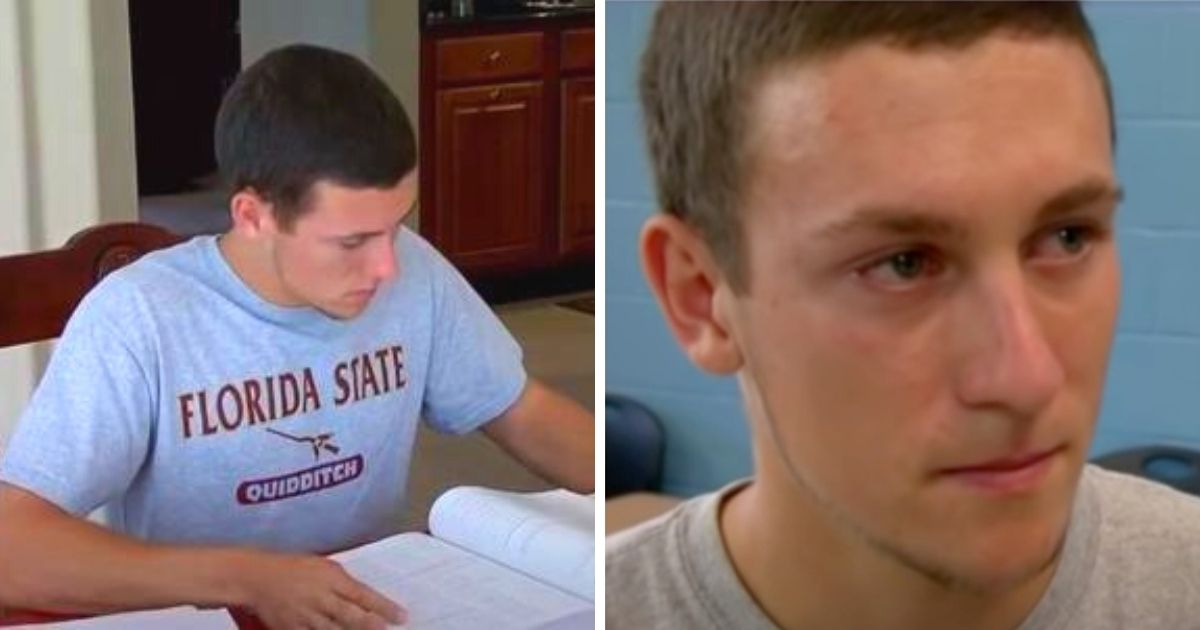 Homeless teen with “nothing to lose” graduates top of his class

Whether you hate high school or love it we can all agree that it is a very important phase of a student’s life. It is the time when a student learns a lot about life and experiences.

Many students have dreams and ambitions that they prepare themselves for in high school.  Of course, there’s more to happiness than simply achieving greatness in life, and amby will agree that being a valedictorian is one of the greatest achievements in high school. It is a lot of pressure to get to that position and maintain it throughout the years. But for some to be named valedictorian is worth the hard work. Many of us would think that to get our name valedictorian we will have to devote time to only studies. The kids that get that must be privileged and have a stable household to concentrate on their studies to get success.

But one kid proved all those stereotypes wrong. Griffin Furlong is one valedictorian who did not have any privilege of a stable environment. His dad has been struggling with homelessness for the last 12 years.  Throughout his high school Griffin never had a stable roof over his head or the privilege of his bedroom. His mom unexpectedly passed away from cancer, and his dad couldn’t afford the house on his own. Being homeless doesn’t afford a “quiet environment” to study in.

Even with all the odds against him, he not just managed to pass his high school with good grades he was also named the valedictorian of his class. “I just want to show that anyone can do it, no matter what you’ve been through, I never want to live that life again. I do everything I do because I don’t want to live like that.” Said Griffin. He even had days when he had to sleep hungry and he had the school nesxt day. His story is touching and it inspired many to never lose hope and keep fighting for their dreams.

His situation was terrible but, shockingly, teachers never knew what he was facing. Even with facing all these problems outside school he never let anything get in his way of studying and surely made his dad proud.