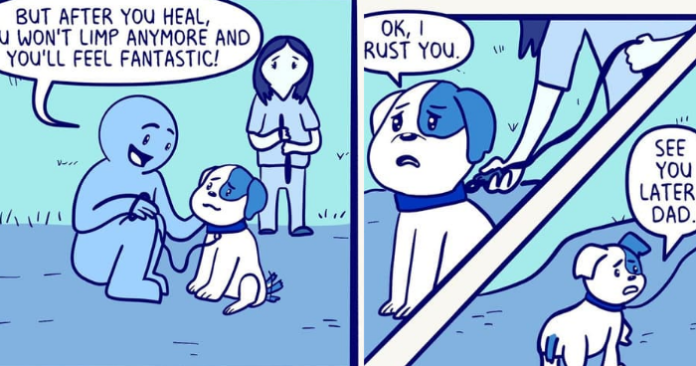 The artist behind @okbluecomics has yet again come up with a new comic and this one is about his dog Korbin. He draws charming and wholesome webcomics in different blue tones. His comics are adorable and the stories he tells from them are even cuter.

This new comic is based on an incident with the artist’s dog.

Remembering the incident the artist wrote that one day their dog Korbin was running to the house from the backyard when he made a peculiar yelp and began limping. They took Korbin to the vet and they gave them some medicines and sent them home. Korbin was diagnosed with arthritis and according to the vet, it could have been prevented if caught earlier. 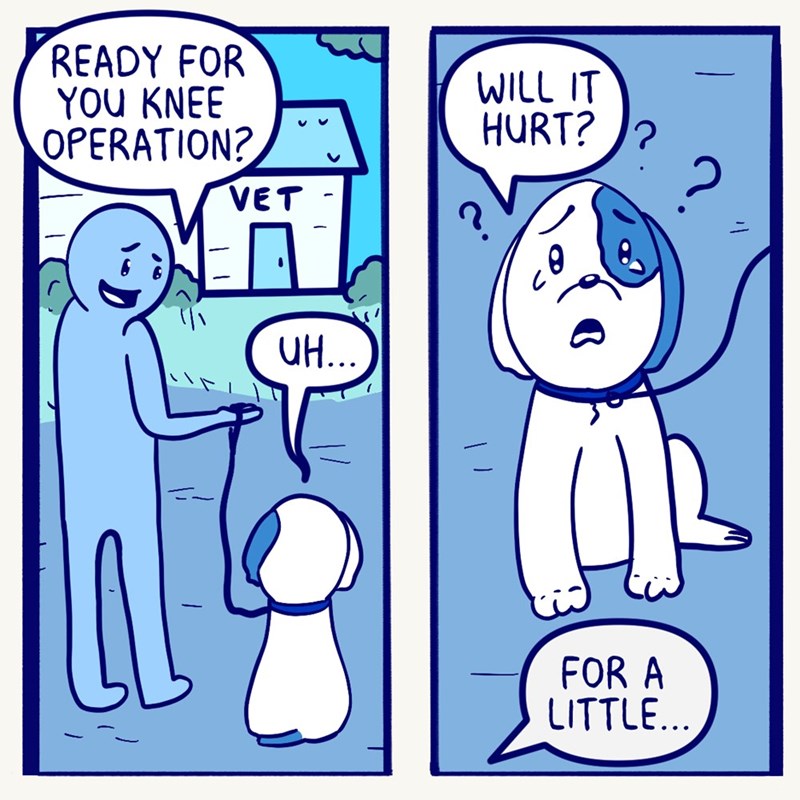 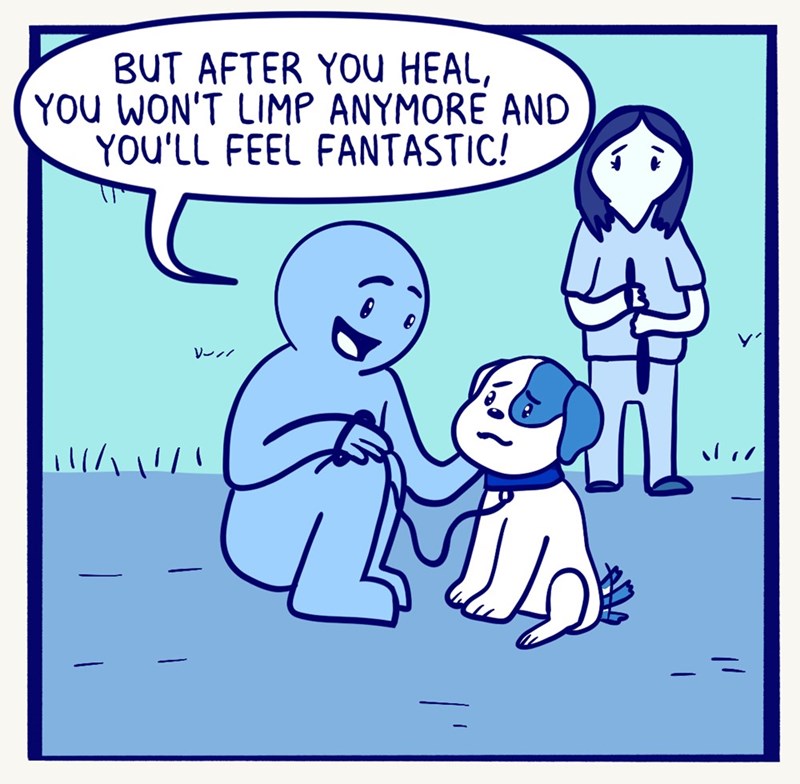 The hard part was to prevent Korbin from playing with his siblings and reduce his movement.

The founder of @okbluecomics, a line of adorable and wholesome comics all drawn in blue, recently posted a more personal webcomic with his dog, Korbin. 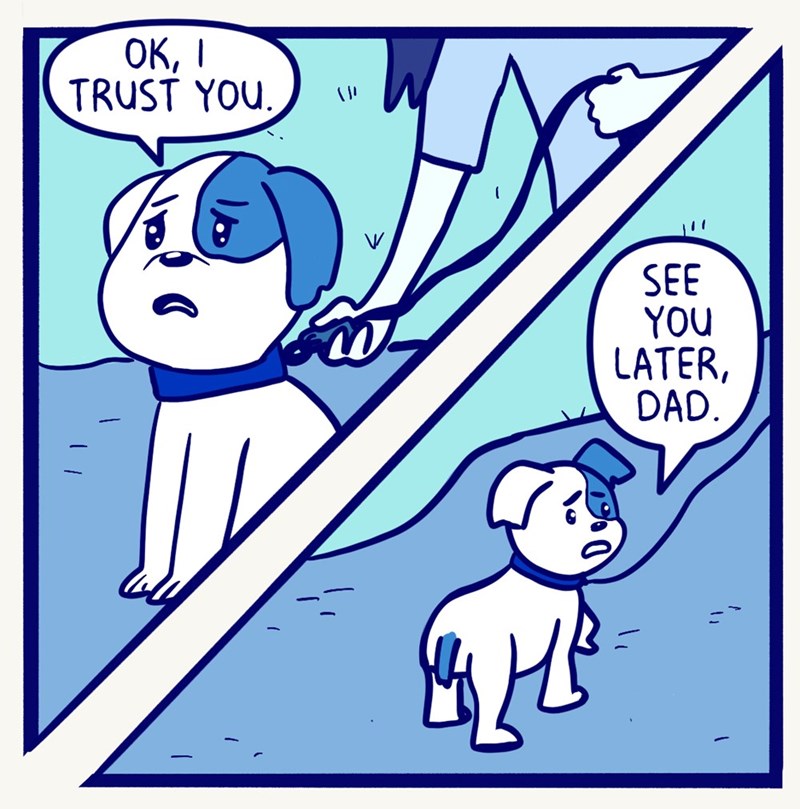 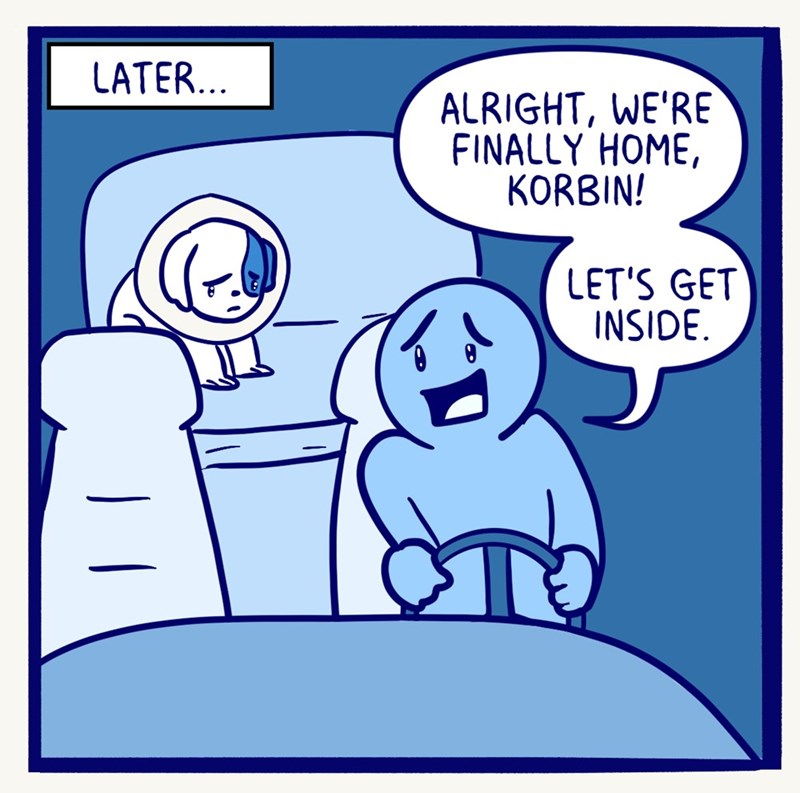 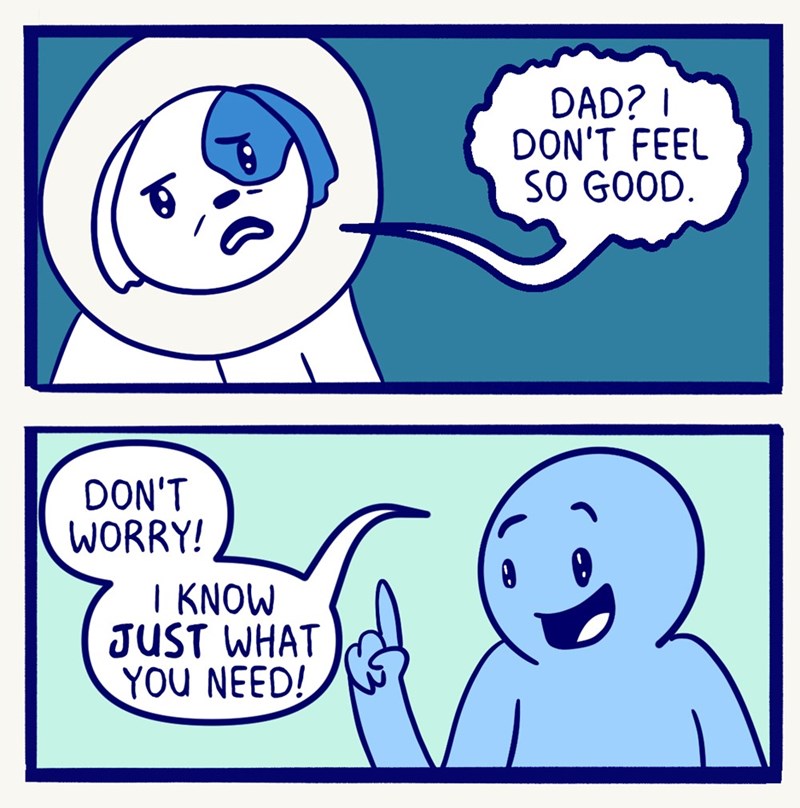 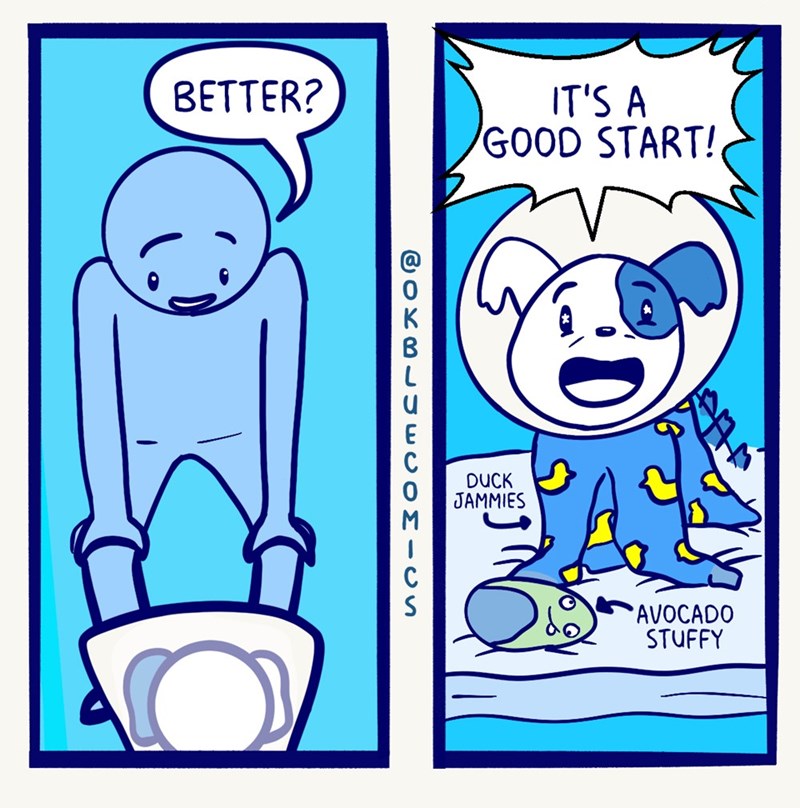 Here is a photo of Korbin right after his surgery, probably still some effects of Anastasia. He looks adorable in his cute jammie and cone, with that innocent face. 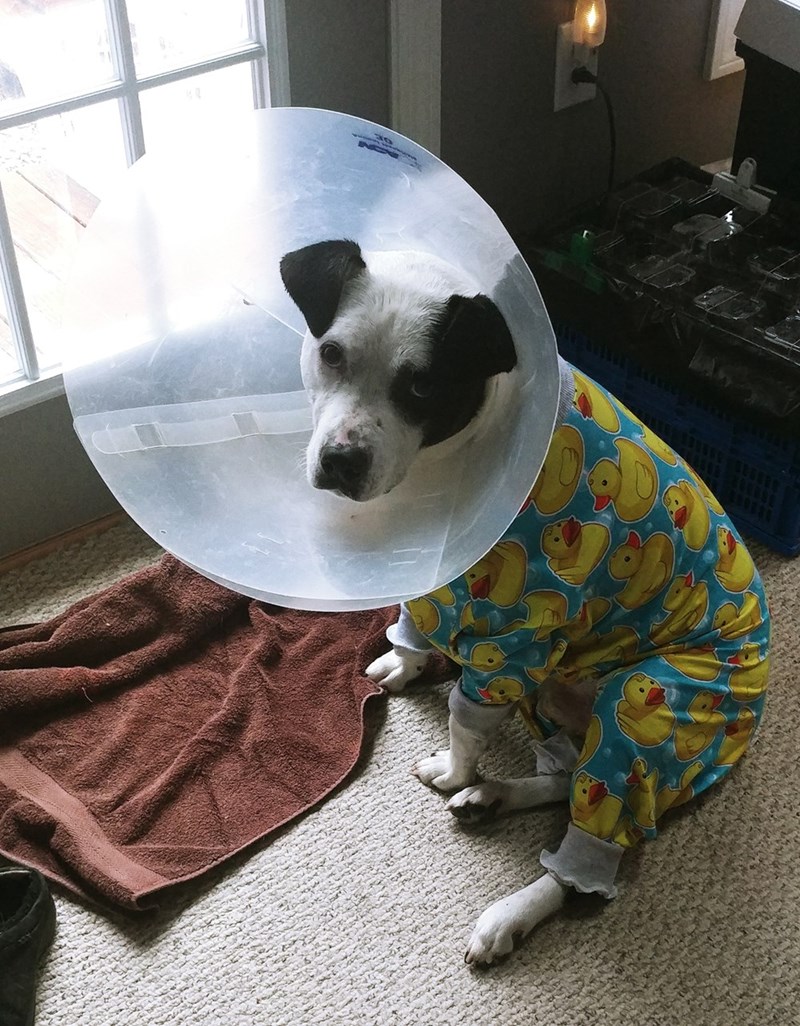