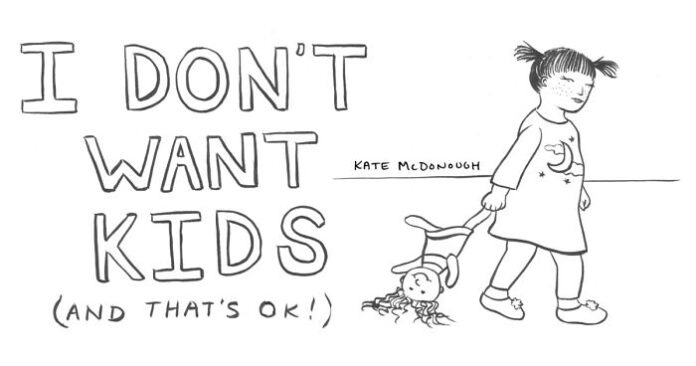 As humans, we were meant to procreate, and it is our instinct to do so. But as time passed, things changed, and humans evolved, we now can choose and form emotional connections without it. In today’s day and age, we necessarily do not need to procreate as there are enough of us already.

Society tends to have strong opinions about someone willing not to have children, and news flash it is not positive. We have been conditioned to believe that it is a necessity in life. But many youngsters are coming forward and discarding this idea.

One of those people is Kate McDonough. She is an illustrator and cartoonist and lives in South Dakota, USA. She has strong opinions about not having kids and people can’t seem to make peace with it.

Making this decision for your life is even considered selfish, especially if you are a woman.  Since kate is an artist she chose to voice her opinions through her illustrations. And boy she did a fantastic job!

She took all the responses and looks that she gets from people and portrayed them in her art. Kate took this opportunity to describe the of what effects it has on women.

Artist believes that some people even take offense when she says does not want children. Especially if someone with children gets to know about it they behave like you have disrespected them in some way.

We as a society have been conditioned to believe one and only one thing and tell people they should also follow the same. If they do not comply then people do not hesitate to tell them they are wrong.

“According to kate It would be much worse to become a mother to a child that I do not want than to disappoint people who expect motherhood from me,” Kate said in one of her illustrations. 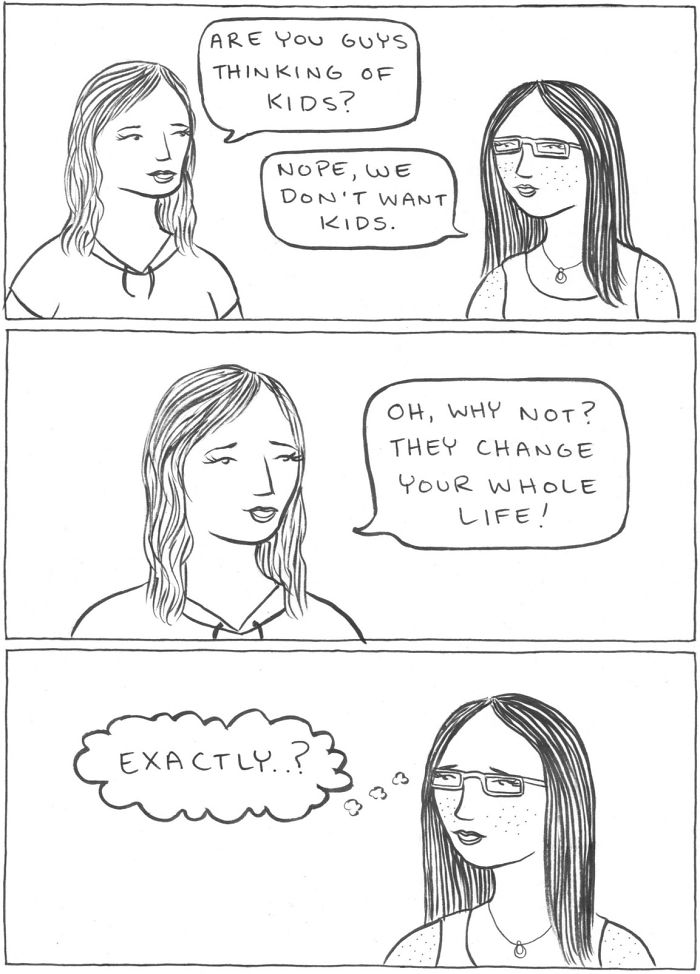 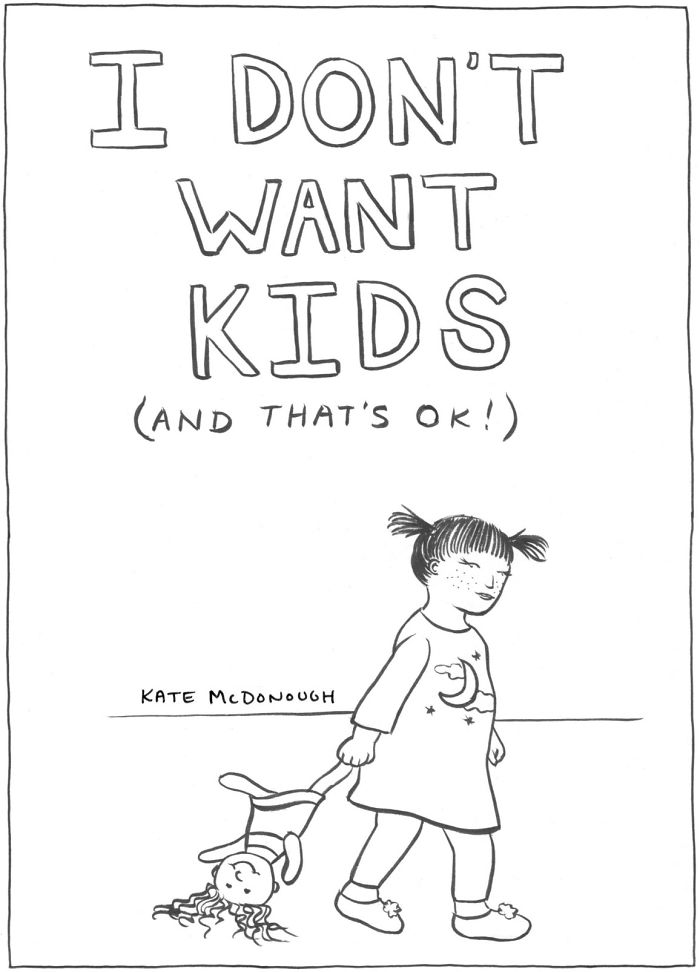 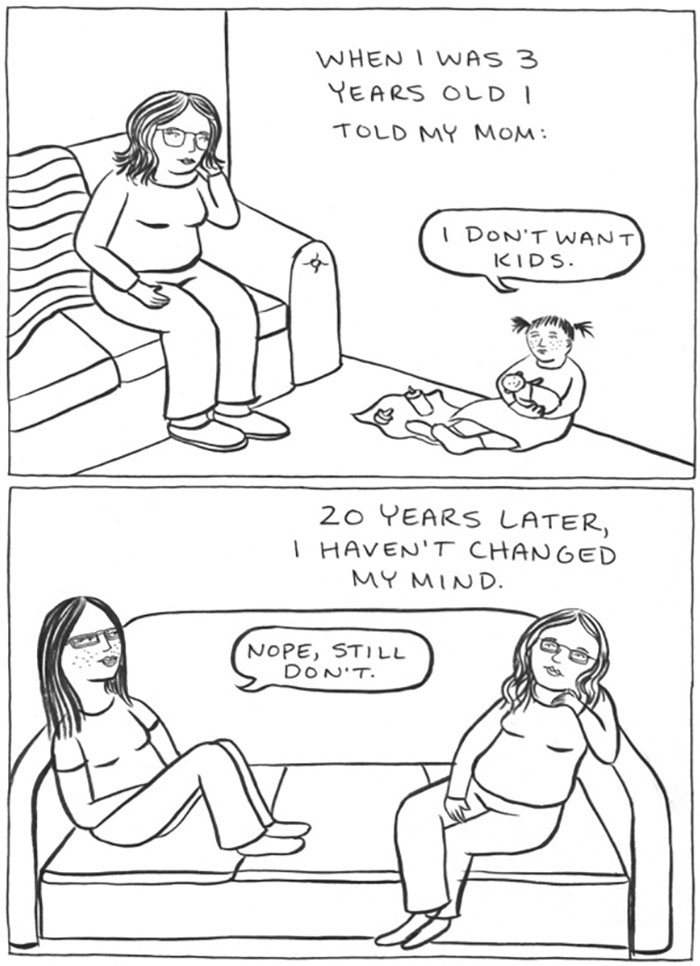 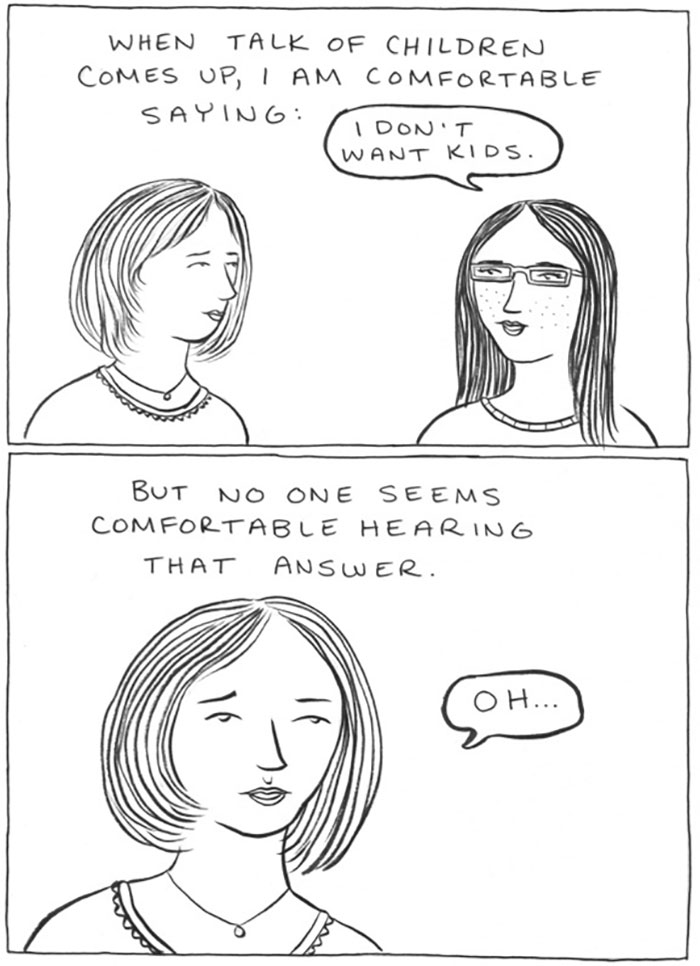 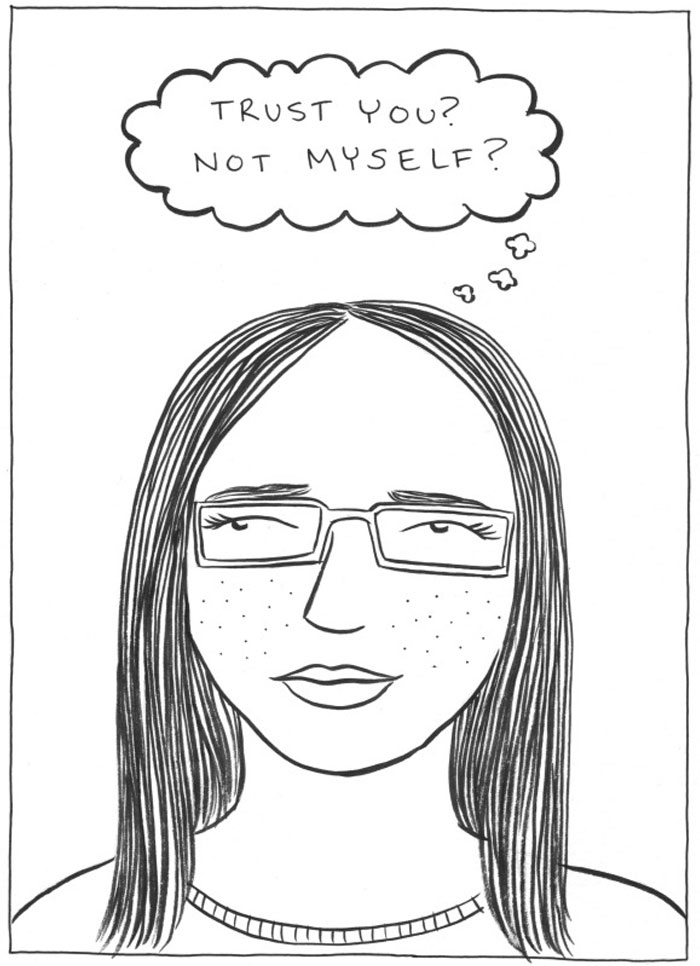 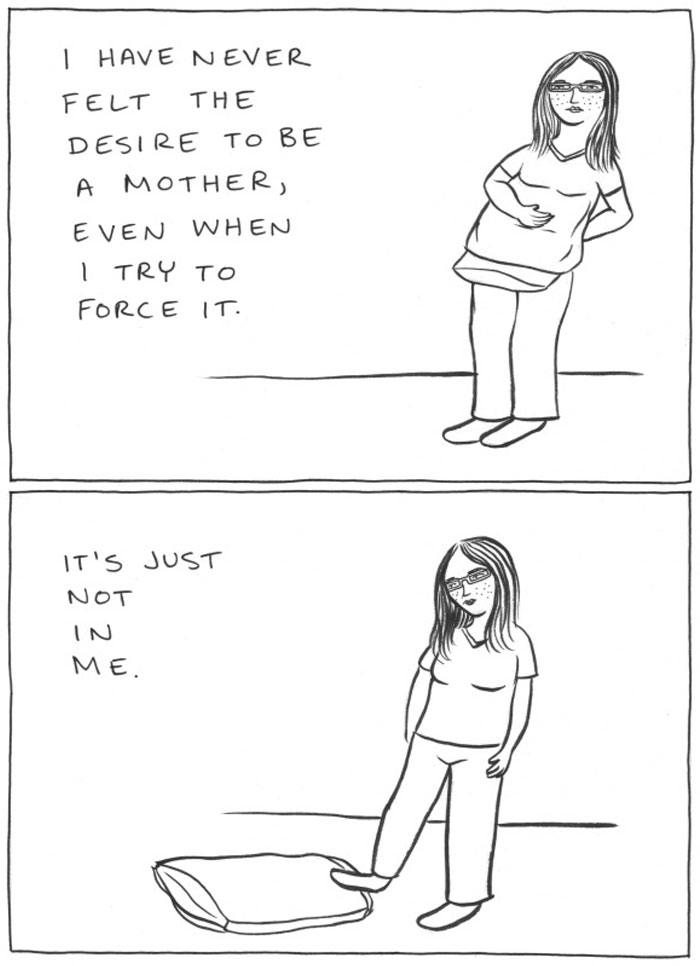 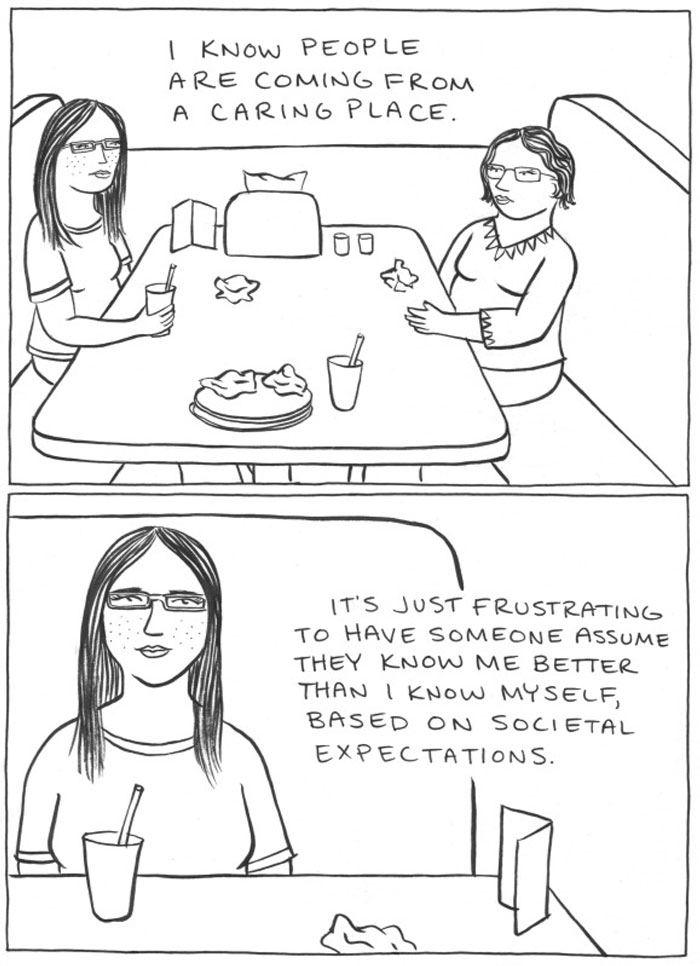 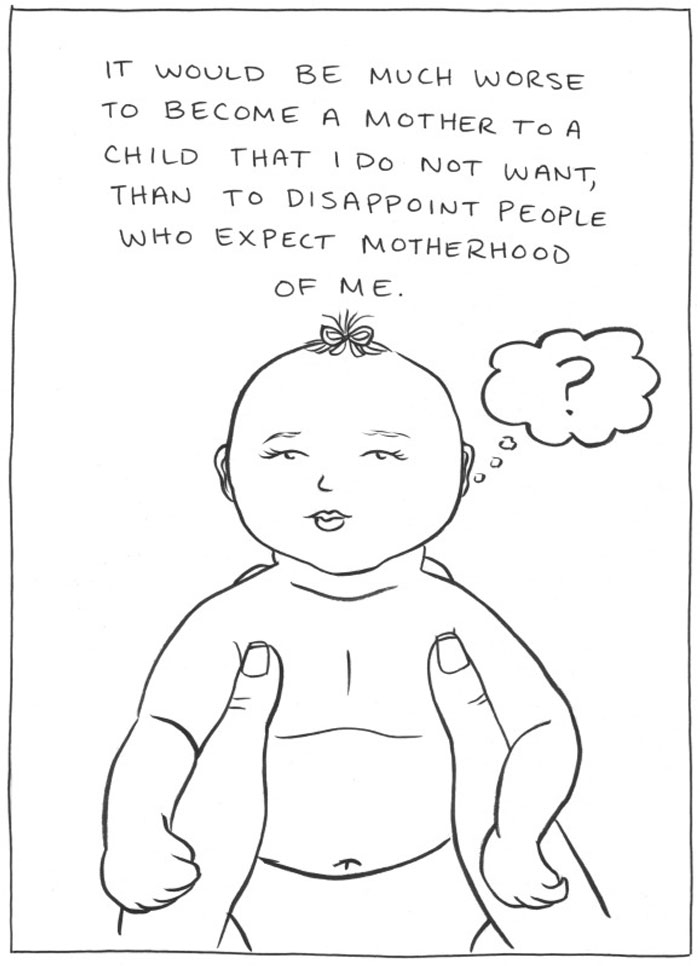 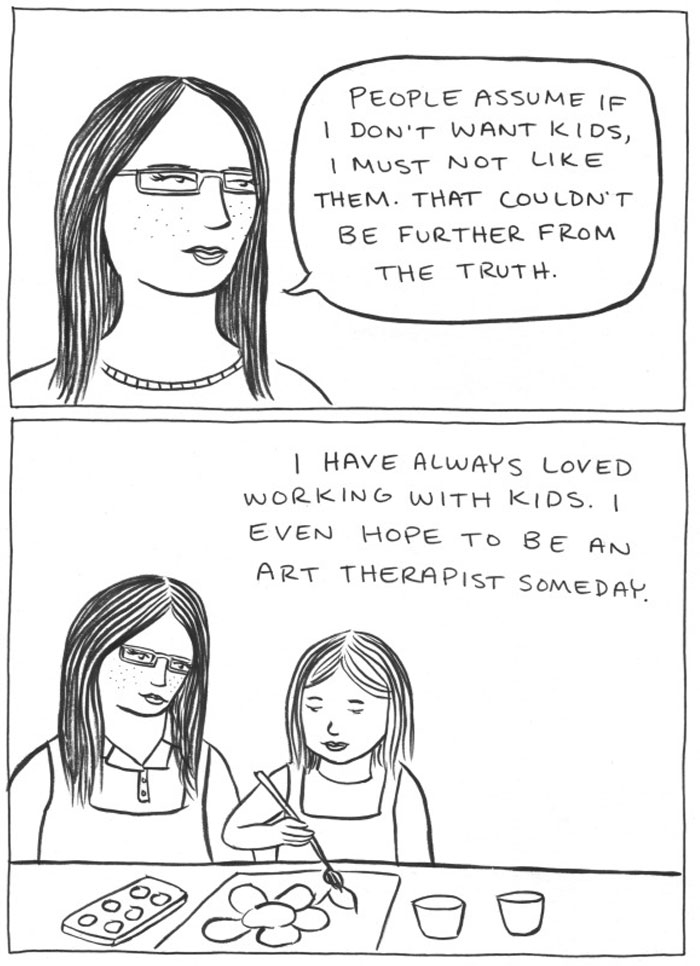 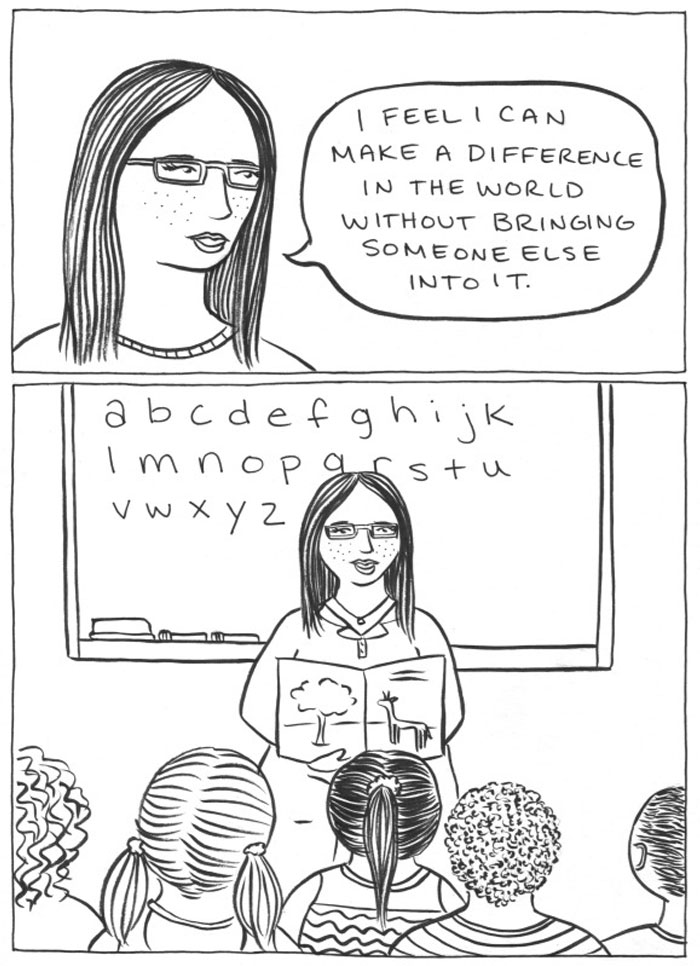 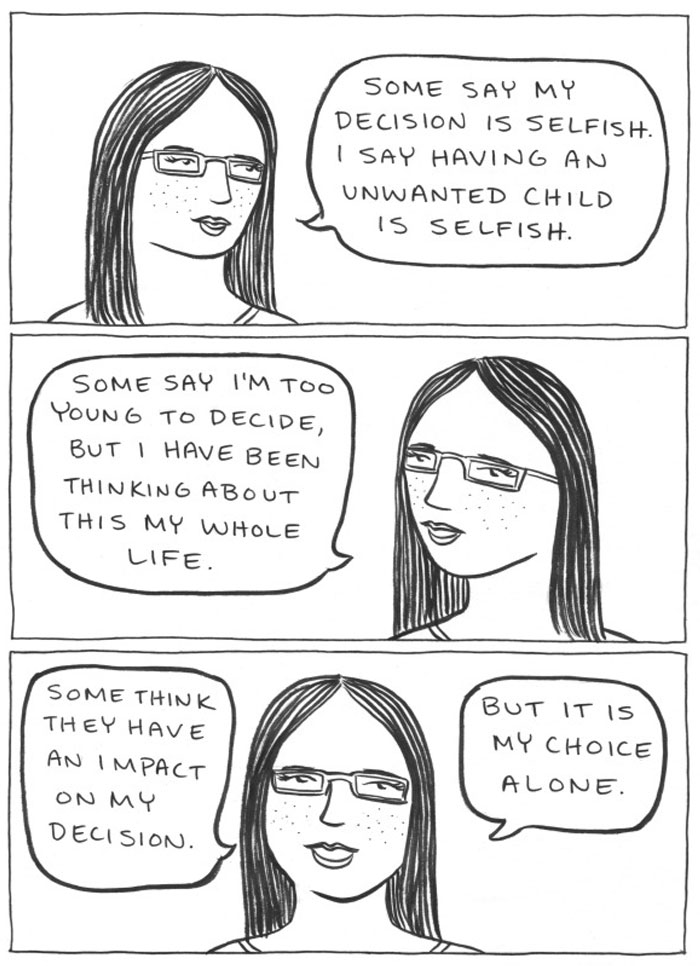 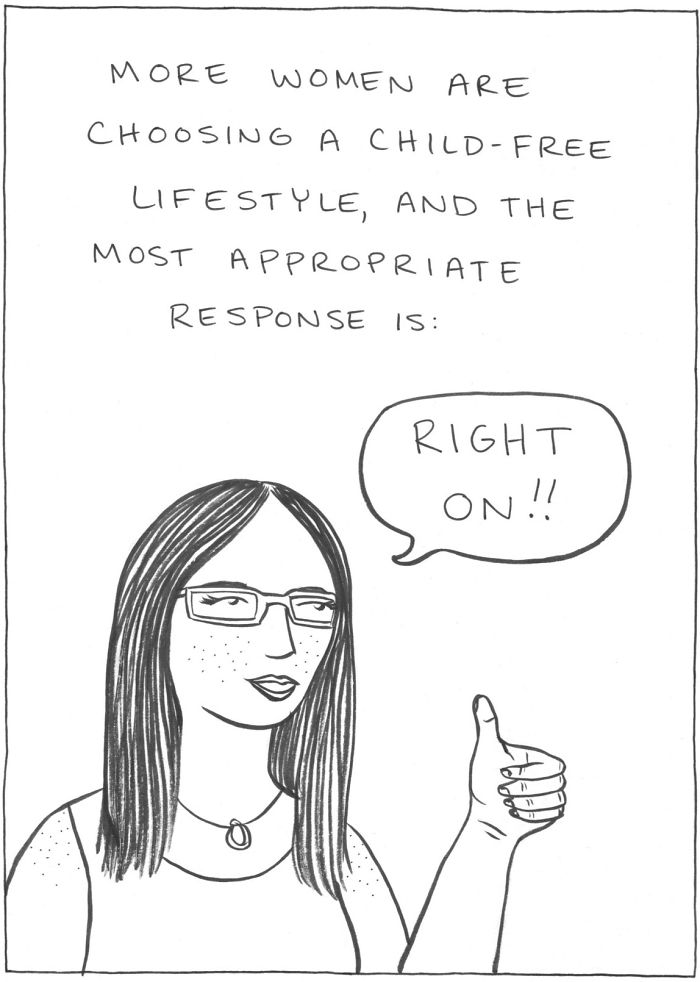