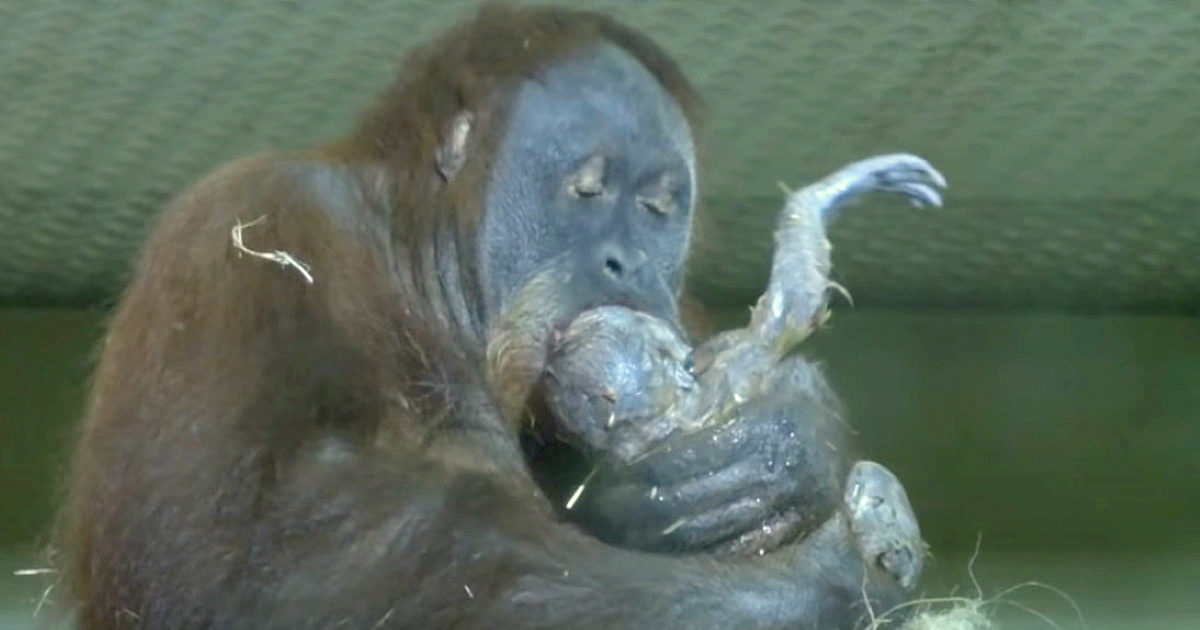 Proud Mumma Orangutan Shows Off Her Baby After Birth

It’s hard not to talk about the miracle of life; BIRTH.

Whether it is a human baby or an animal giving birth- a lot of people find it quite fascinating to watch the miracle of life in front of their eyes. But in this story, viewers has the opportunity to watch a Sumatran Orangutan giving birth right on their digital screens.

Dana gave birth to her baby into the world and became famous for being the first Orangutan to give birth on film.

But, this isn’t the only reason she became popular.

Dana had suffered from several birth complications prior to her pregnancy. Sadly, her baby was a stillborn and had to be put to rest.

Dana was considered infertile since then due to her blocked fallopian tubes.

Thanks to the brilliant obstetrician from the Jersey General Hospital, Dana conceived again with a 28-year-old male orangutan named “Dagu.”

Because of her history with infertility, Dana giving birth to a baby was a miracle!

A camera was set up to watch her give birth as she managed it all by herself.

Viewers got a closer view of the miraculous birth.

After catching the baby in her arms in the graphic video, she cleaned it up with her mouth and removes the amniotic sac.

With no nurses around, Dana was in charge of the entire process.

The infant then starts moving and cries like a human baby. Daga screeches in delight after looking at his baby girl.

Dana then heads over to the camera, just to show off her infant.

Keeper said, “This is amazing, she’s come to show us the baby – that is fantastic!”

It’s such a joyous footage. Isn’t it?

Being a mother is an exciting news for mothers.

We are sure Dana was overjoyed in the moment!