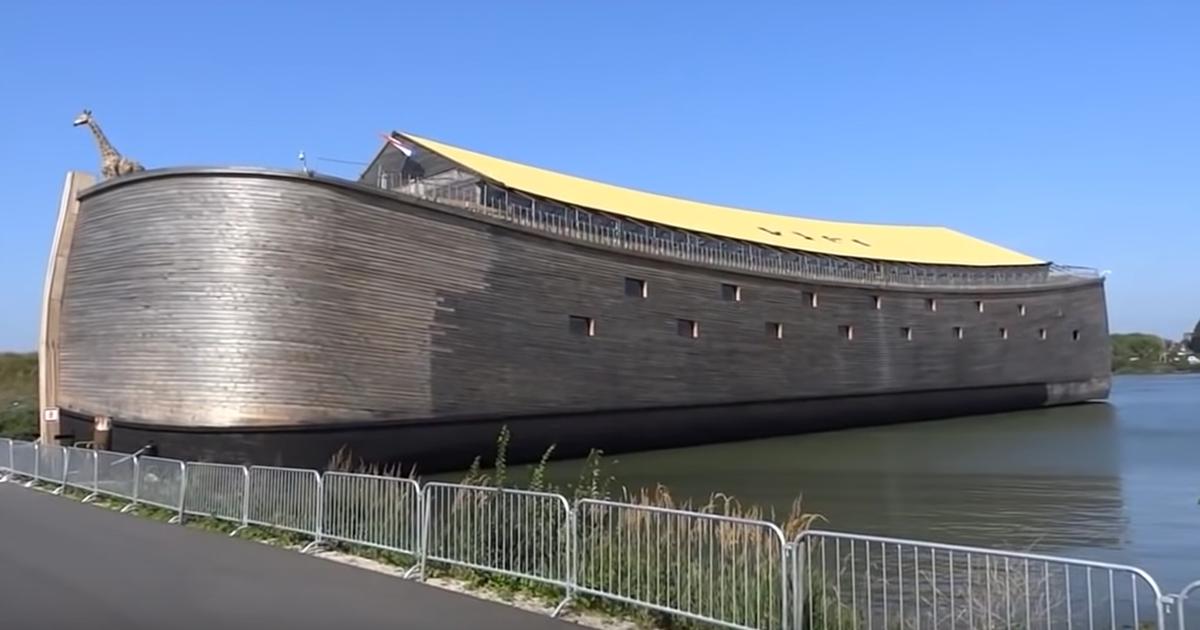 We all have read the story of Noah’s ark once in our lifetime. The bible is filled with inspiring stories and Noah’s story is one of them. He built a large boat to transport animals and birds to prevent them from dying in the flood.

A man named jonah Huibers was so much inspired by this incredible story that he wanted to build his version of Noah’s arc.

Jonah is based in the Netherlands and a carpenter by profession. He loves his job and he is very passionate about making soothing great. Some of us will think of it as just a story that is impossible in this time and age. But for jonah when it comes to his passion for building things there is nothing called impossible.

Jonah read the story of Noah in 1993. He used to read bedtime stories to his kids and one day he read Noah’s story and felt inspired by it. He shared the idea of his interpretation of the arc with his wife who is a police officer, and even she felt he was just joking. She thought it was just something they were talking about and there was no way Jonah was serious about it.

She even made a joke about it with the kids. His wife told the kids when dad will finish his project we will go for a vacation on the moon. Everyone thought it was impossible to complete such a project.

Huibers was not someone who would have given up on his dream this easily. In 2006 he completed his first ark at 230 feet (70 meters) long and 33 feet (10 meters) wide. This was an incredible first step towards such a big project but there was still a long way to go.

Huibers also wanted it to be like Noah’s ark by adding some of the elements that were on that.

He wanted to give the place a realistic look and put things that were in Noah’s arc. Of course, he could not fill it with the animal but to resonate with it he has made life-size sculptures made of and placed it around the Ark. His creation is quite popular among tourists. People want to see his amazing masterpiece. It is five stories tall and measures over 100 yards in length.

It is based on Dordrecht and is open for the public to see this incredible creation. some people are also calling it a Biblical museum in some sense.

Jonah says he wants the child to go there and feel the texture of the wood the nail and see what is written in the book is real.

Jonah has also travelled “Jonah’s arc ” around the Netherlands, Denmark, Germany, Norway, and even Britain.