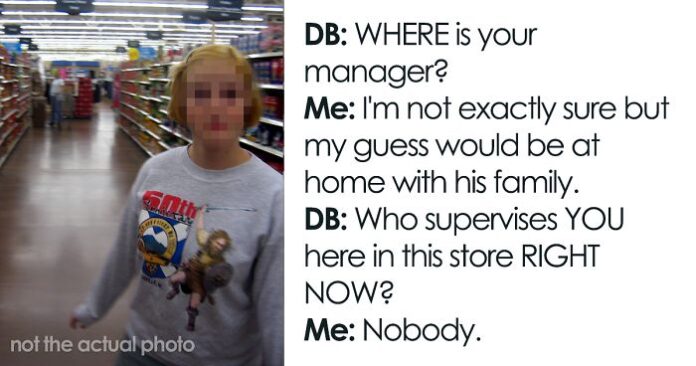 Entitled “Karen” Mistakes Customer For An Employee, He Makes The Situation Hilarious For Himself

We have all been in a situation where we are shopping and someone mistakes us as an employee. Well, most of the time the person asking says sorry or laughs it off as if it is a no big deal. But when a Karen mistakes you for an employee and goes full-on Karen mod what will you do?

There is a subreddit r/IDontWorkHereLady in which people share their stories when someone thought they were an employee. Turns out it is more common than you think. Many shared their stories but one of them was hilarious and so satisfying to read. One Redditor named  u/Wiggle_it_loose told a story when a Karen thought that he worked in a supermarket.

He usually gets mistaken for a staff member and according to him it is his “retail face”. He thinks it pretty funny that he is approached this often. But this time was different when a Karen approached him and demanded that he helped her. She was super rude and commanded the Redditor to get her eyelash curlers.

u/Wiggle_it_loose named her a “Douchebagette” for obvious reasons and decided to treat her like she deserved.

Soon she got furious and guess what she wanted to do? Yes, call the manager.

The Redditor’s replies were so funny, witty, and edgy that Karen could not even understand what was happening and just started yelling.

Later, when the manager came and she tried to get him fired but ended up with the security. 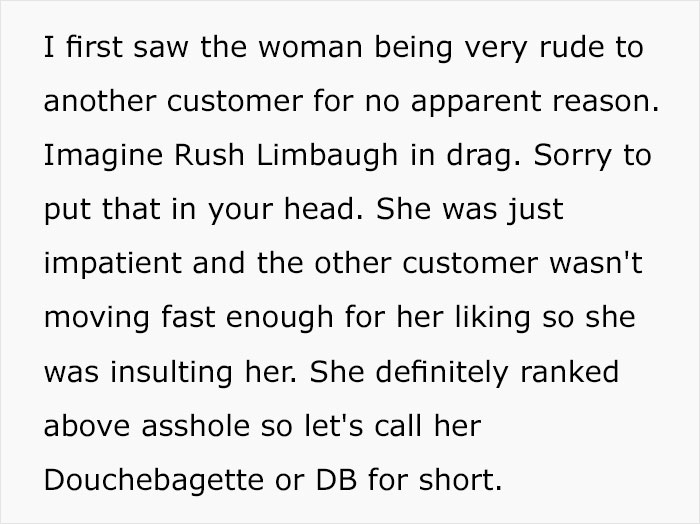 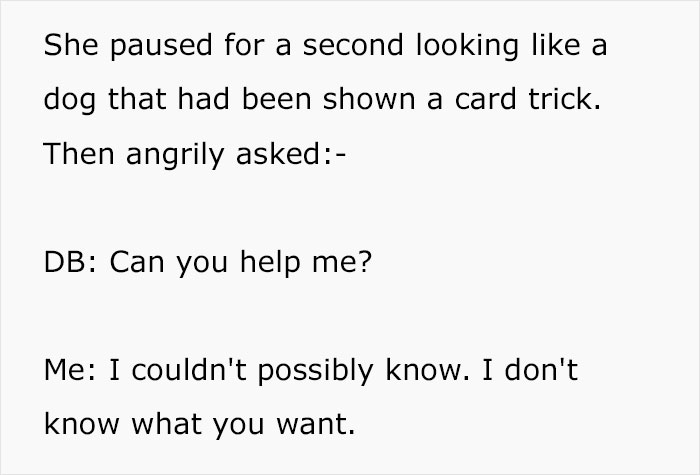 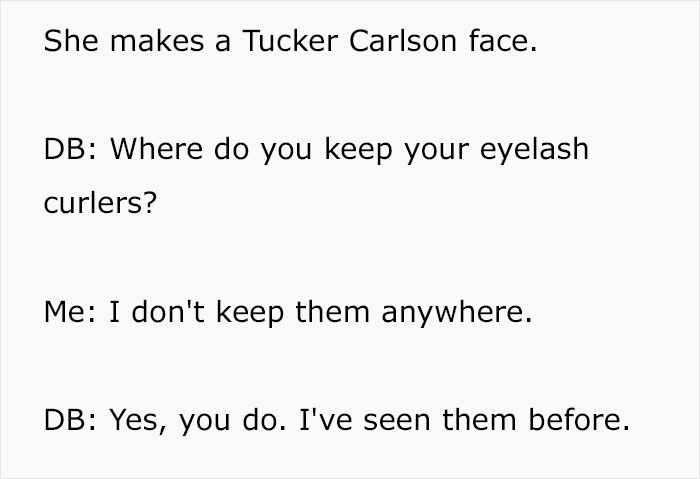 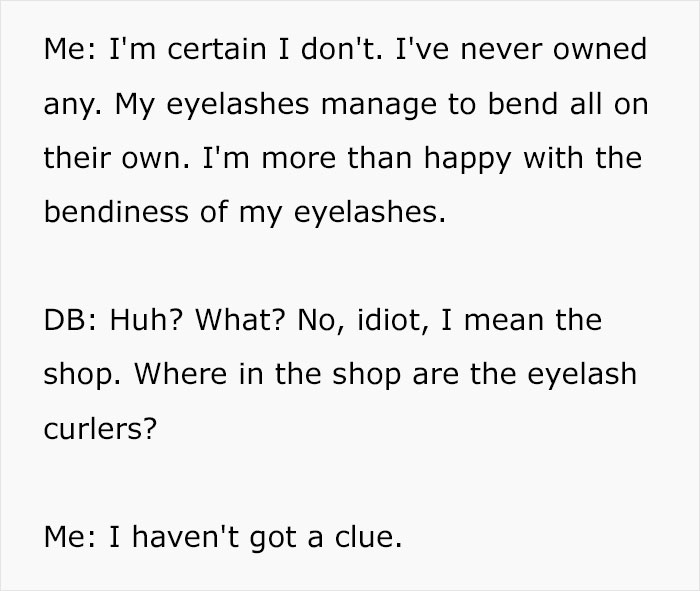 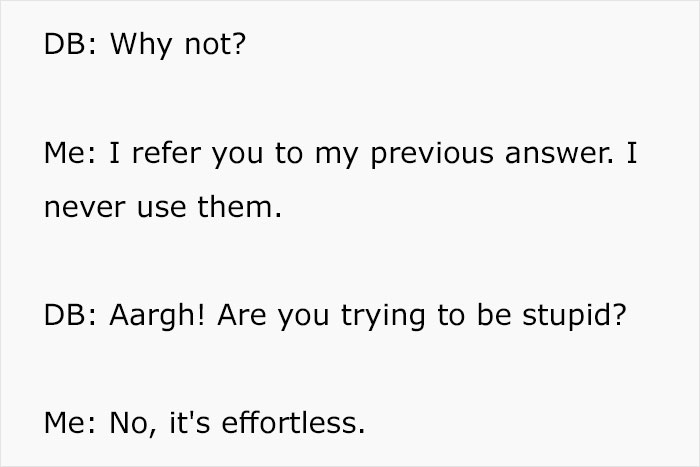 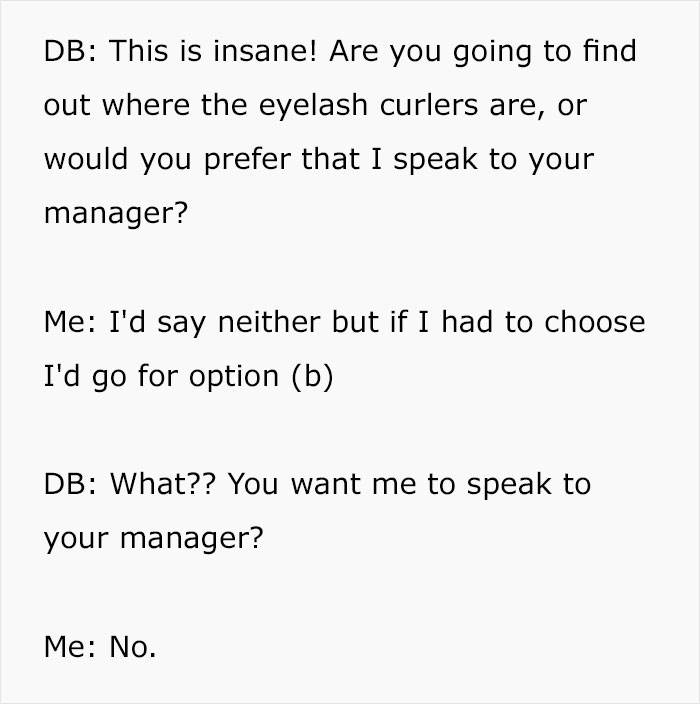 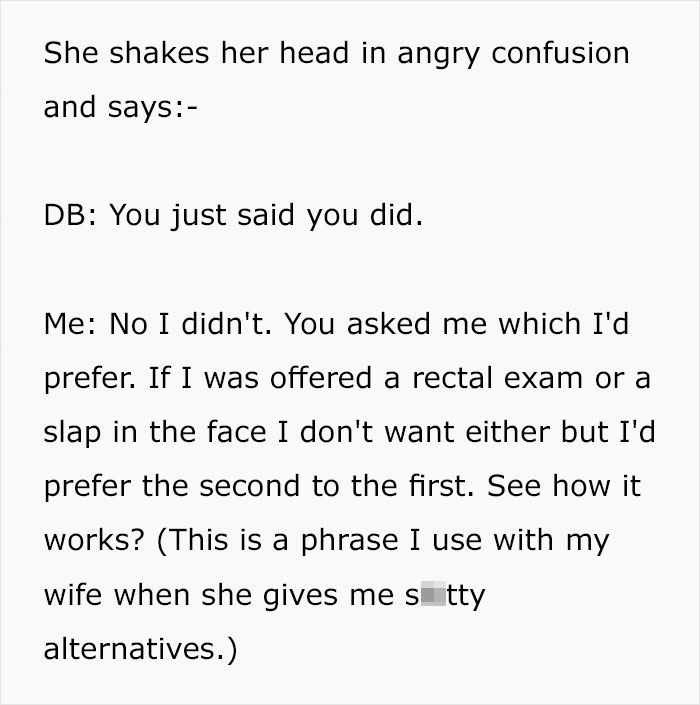 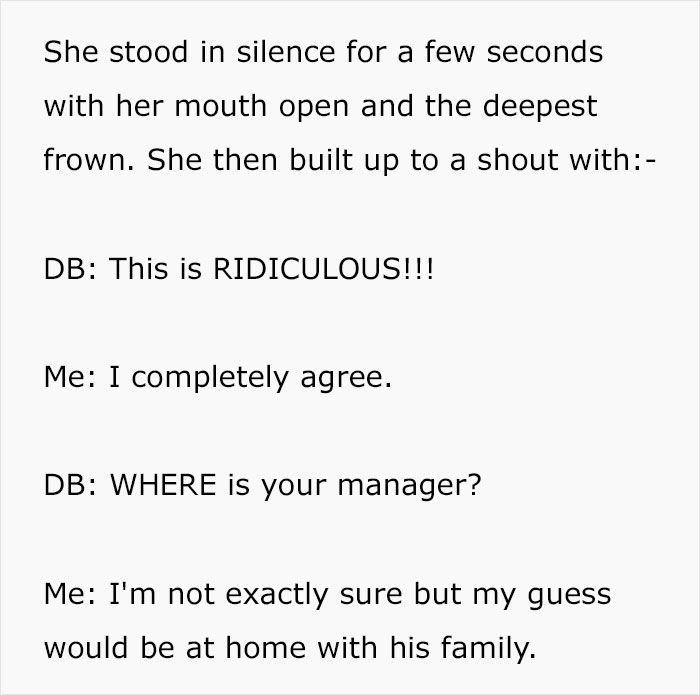 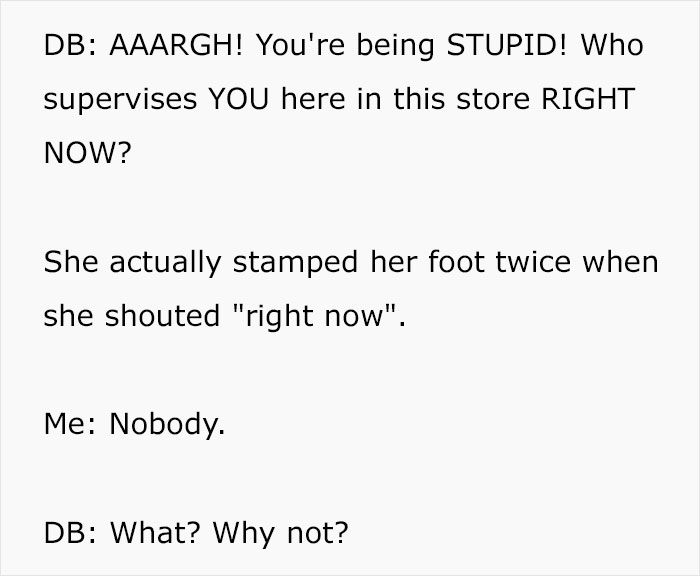 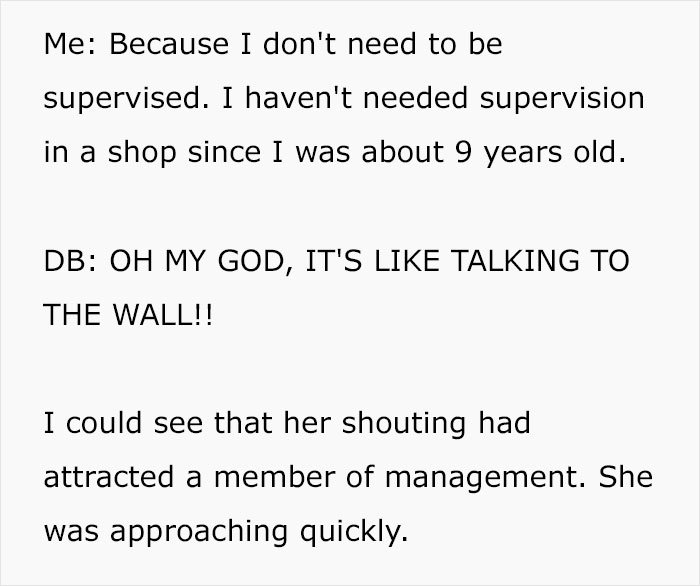 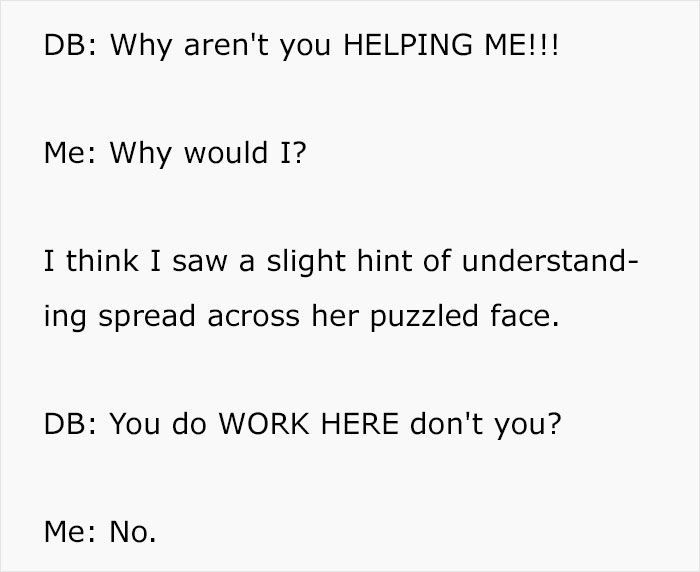 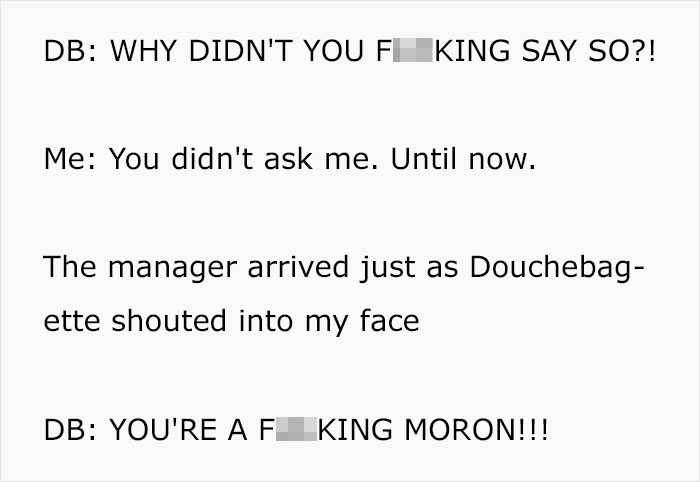 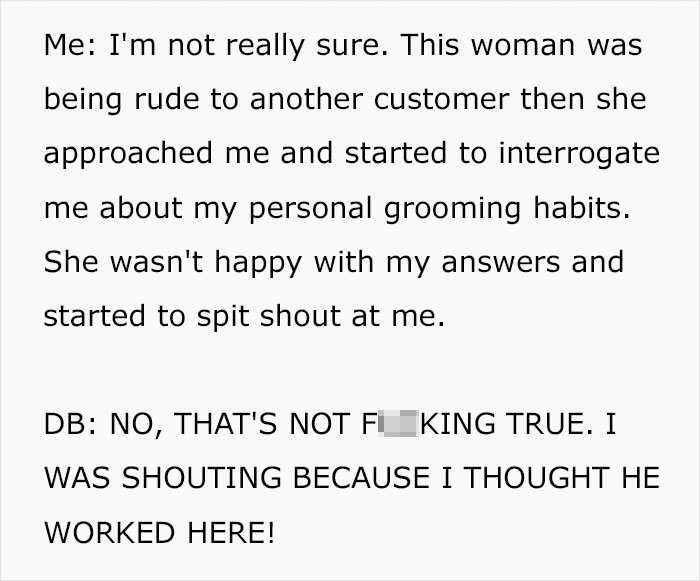 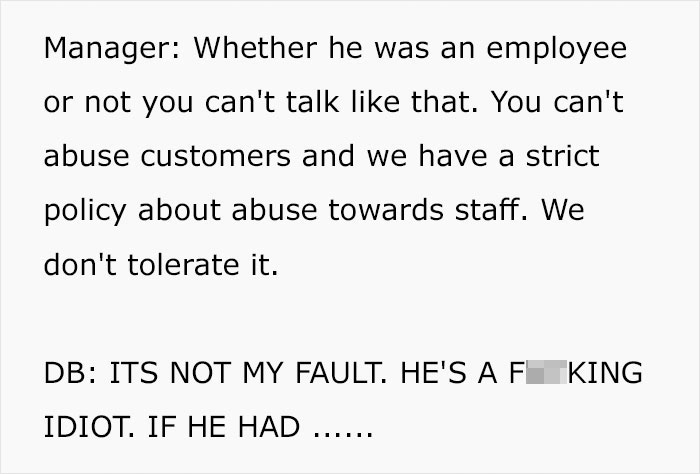 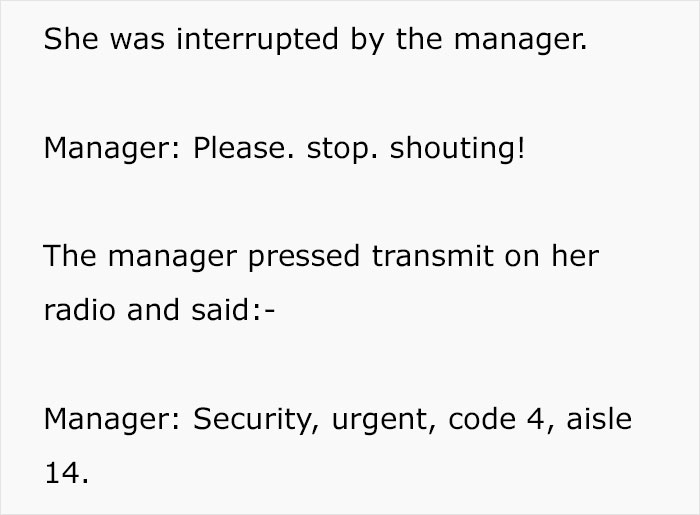 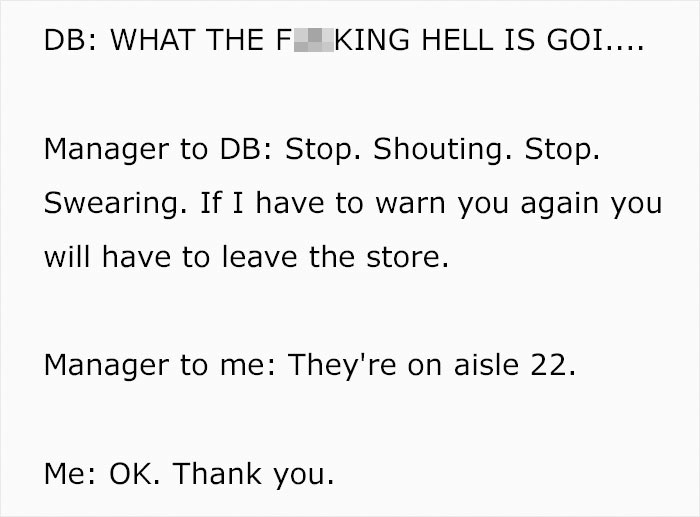 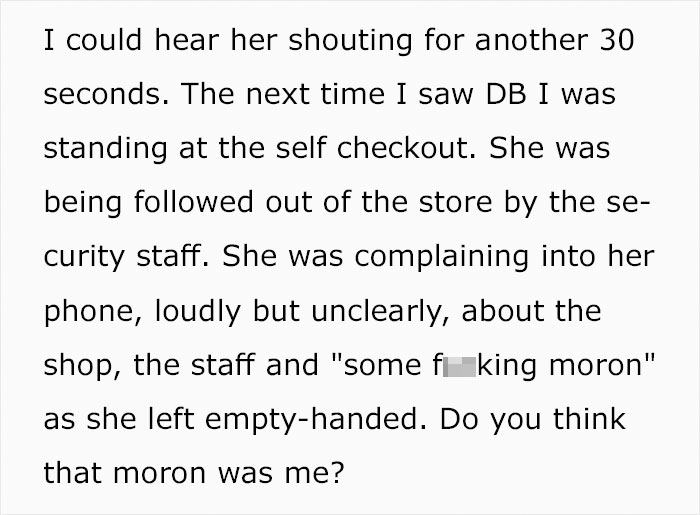 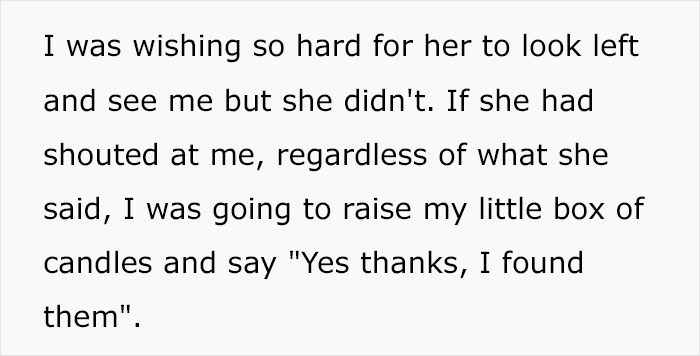 As expected people found it hilarious and this post went viral.