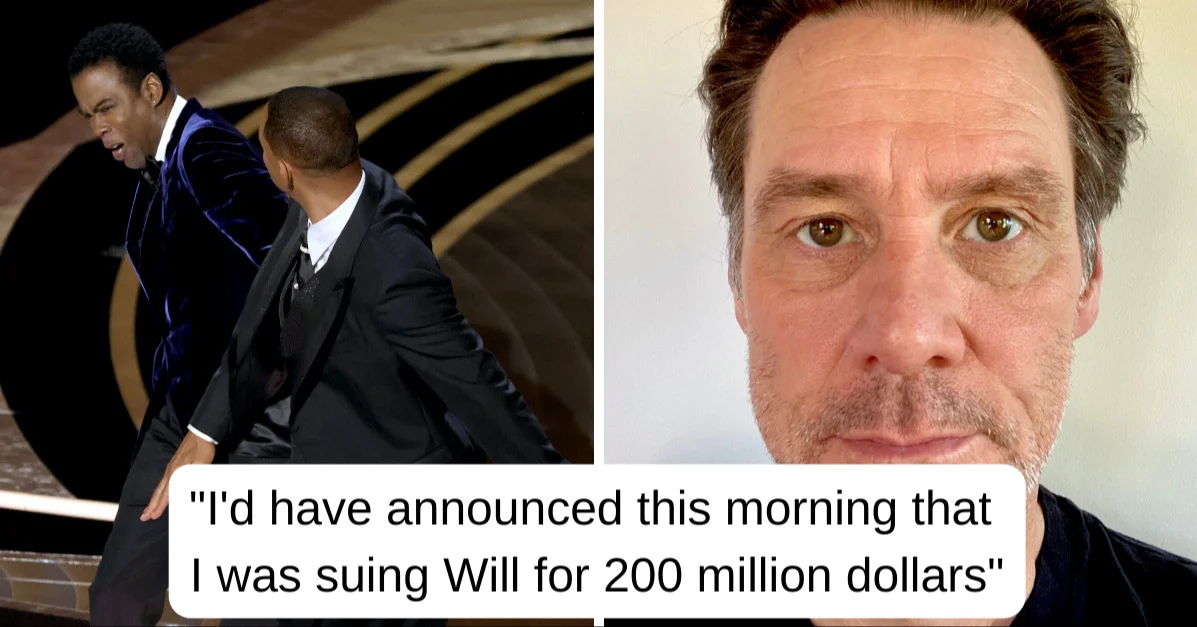 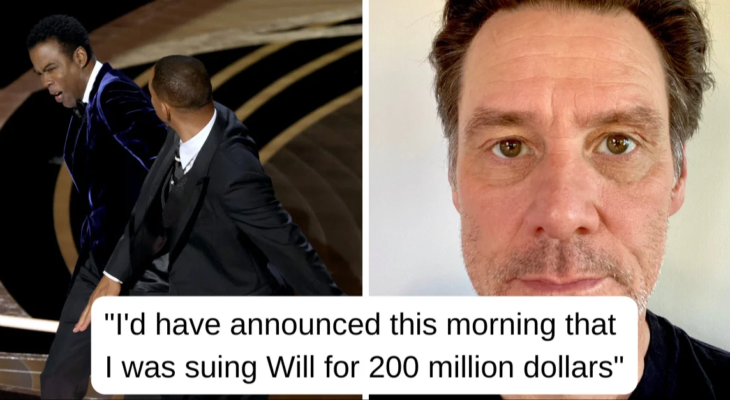 Now that The “Chris Rock and Will Smith controversy” at 94th Academy Awards has flooded the internet, It looks like Jim Carry was right about the insult being present on the internet forever.

Will Smith rushed to the stage furiously and slapped Chris Rock after he made a joke about his wife Jada Pinkett Smith being in G.I. Jane because of her bald head. Although Chris has refused to file a legal complaint against Smith, the academy intends to conduct a formal review of his membership.

Jim Carrey talked to CBS about how he felt after watching the Oscars. 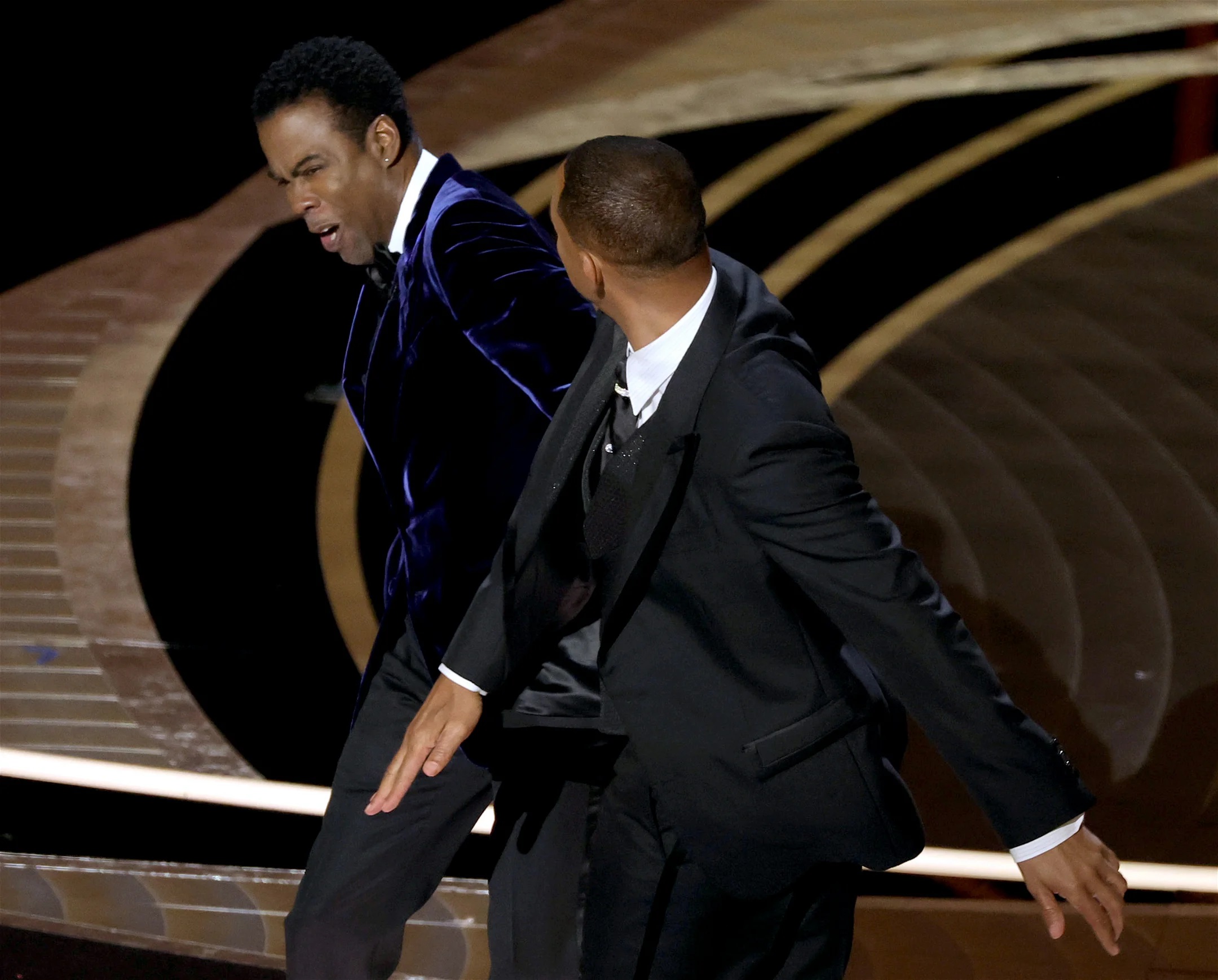 The two times Golden Globe Award winner Jim carry feels sickened by the way that Hollywood has celebrated the Victory of Will Smith after the insult he brought to the stand-up comedian on one joke he made.

His words were “I was sickened by the standing ovation. I felt like Hollywood is just spineless en masse, and it is just a clear indication that we are not the cool club anymore” which indicates how disappointed he was after Will Smith accepted his award with such pride.

Carrey said that Smith should have faced the same fate as anyone else who did what he did that night. 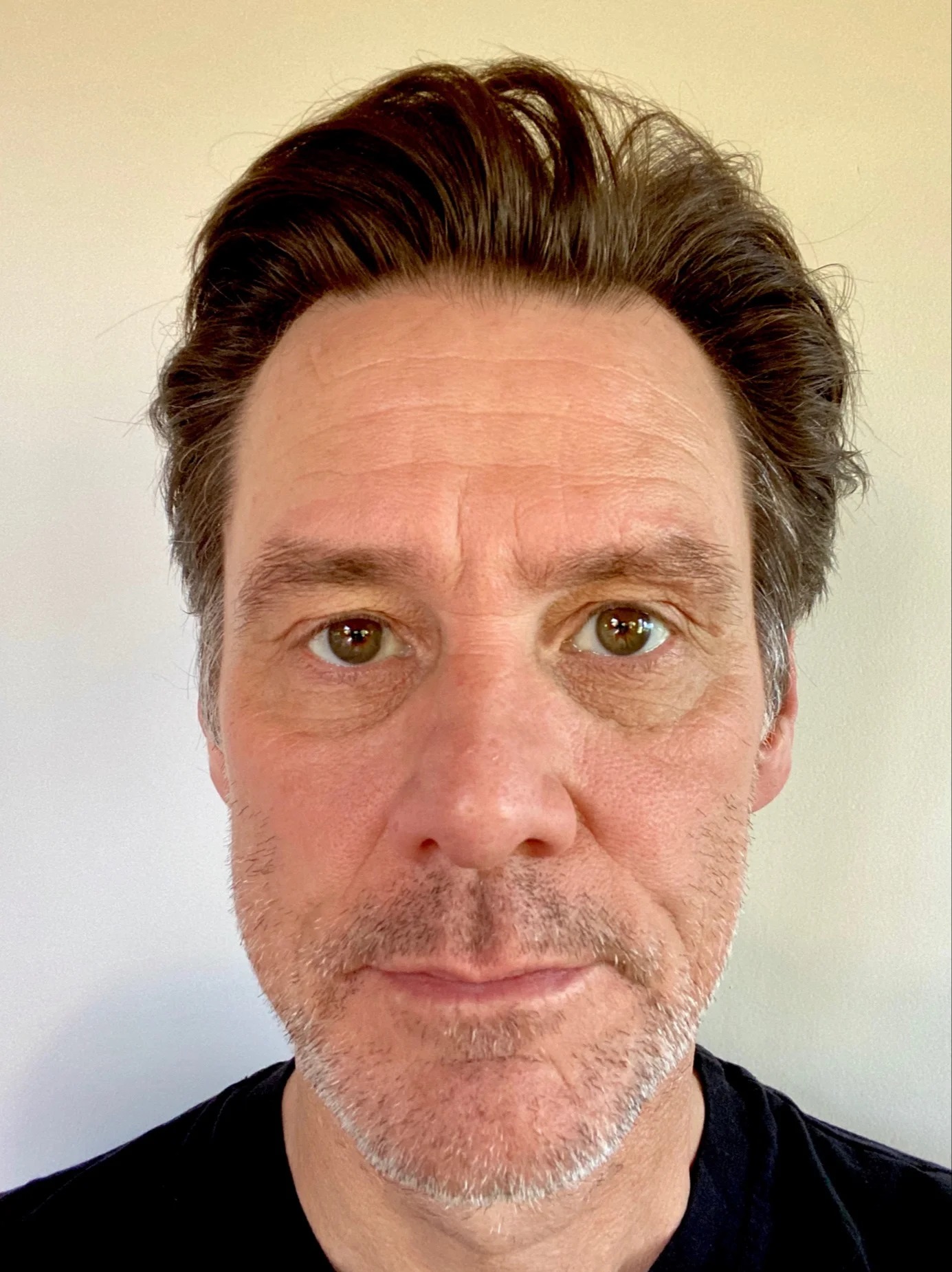 Jim Carrey feels that it is morally incorrect to walk upon the stage and slap someone on his face when they only said a few words, Will Smith also screamed at Chris Rock from his chair but when his anger escalated, he walked up on the stage and slapped the stand up comedian for making a joke that offended Smith very bad.

Jim Carry feels that it was Smith’s inner frustration that made him furious. He felt that he should have been treated the same way as anyone else if they had done that. He also stated, “I’d have announced this morning that I was suing Will for 200 million dollars because that video’s going to be there forever. It’s going to be ubiquitous, you know that insult is going to last a very long time.”

Jim feels that it was a selfish moment and that it should have some reciprocation because no one should be given the right to treat someone this way. 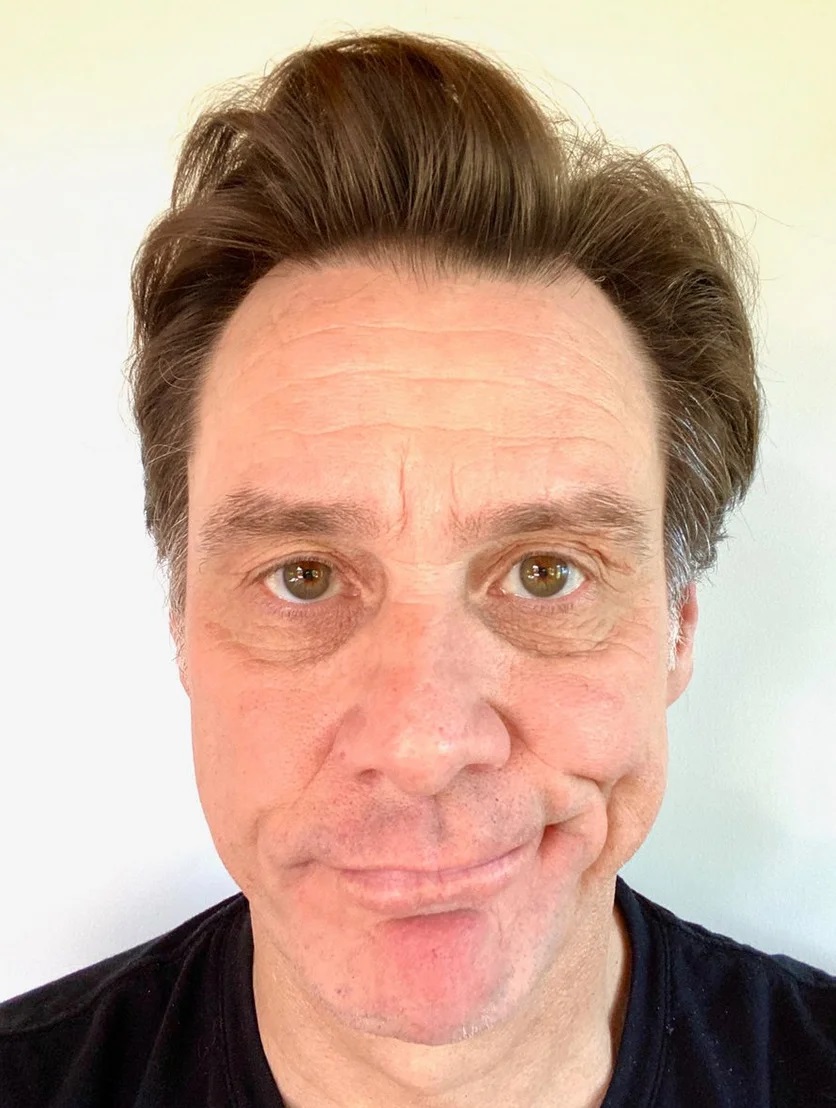 Jim feels that Hollywood should not fall to any level and the people should stand for what is ethical regardless of how popular the person is. He feels that people work hard to get this award and they have to show devotion to receiving such an honorable award.

Carrey made a point in the video that he doesn’t have any personal animosity against Smith and acknowledges the professional and personal achievements he has had in life.

Jim Carrey “I was sickened by the standing ovation,” “I felt like Hollywood is just spineless en masse.” #StayOnTheUpnUp #Oscars pic.twitter.com/eq1a1I6PVg

At last, Jim said that he does not have anything against Will Smith and that he wishes him the best, he also acknowledges on camera that Smith has done some great work but such an insult is not acceptable.

As he mentioned “It cast a pall over everybody’s shining moment last night. You know, a lot of people worked hard to get to that place and to have their moment in the sun.”